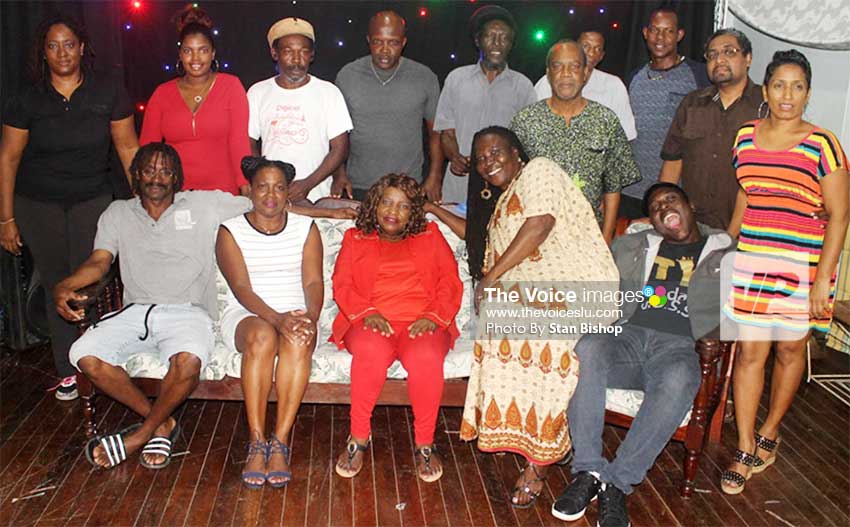 IF you’re looking for some good, homegrown entertainment this weekend, then be sure to not miss writer/director Hayden Forde’s new play, “Twisters”.

The play premiered at the Folk Research Centre (FRC) in January as part of activities for Nobel Laureate Festival.

Following two nights of entertaining dialogue, music and positive feedback, the production will be staged again at the FRC this Saturday from 7:30 p.m. and Sunday from 4:00 p.m.

“Twisters” is based on themes of love, betrayal, friendship and crime, and the talented cast takes on the roles of characters who must resolve a series of conflicts, many of which are prevalent in Saint Lucian society.

During scenes, live music from calypsonians such as Herb Black, Lady Leen, TK Da Boss and a folk group add even more flavour to the already sustained energy that runs throughout the production, much of which plays out in a barber shop.

“The play deals with some serious issues but there’s also some comedy involved which, I think, is the flip side of what people like,” Forde told The VOICE. “It’s a nice blend, a nice twister.”

Forde, who has written nearly a dozen plays, including “De Yard”, “Anchor”, “Cool Vibes”, “They Playing Us Too Close”, “Silent Scars” and “Rotten Way”, is best known for his themes that depict social issues. He said patrons are in for a real treat with his latest offering.

Transportation will be made available from Derek Walcott Square on both days for those wishing to attend the production, Forde said.