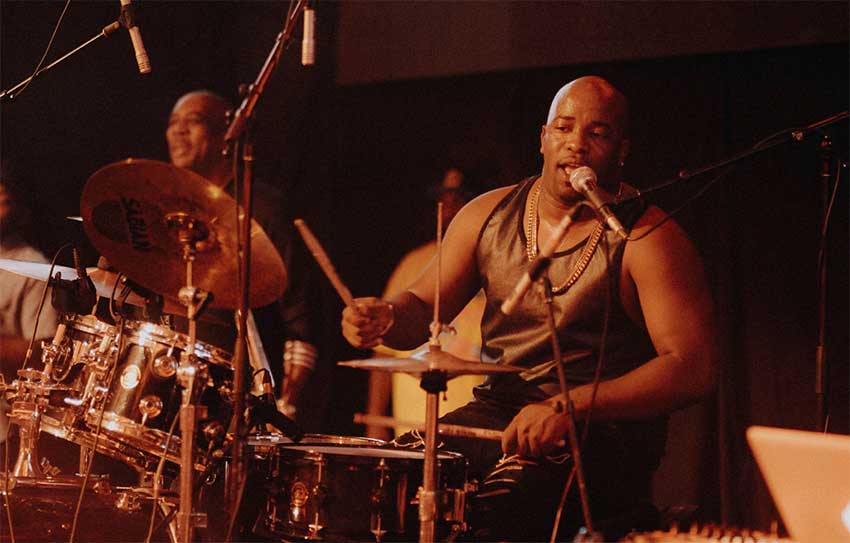 ST. LUCIA’S Teddyson John showed no signs of slowing down from his highly successful Trinidad Carnival 7 Season, as he joined Trinidad and Tobago’s Roy Cape All Stars on its “Season of Brass” Global Tour in Toronto, Canada over the weekend.

The world-renowned brass band, now in their 37th year of existence, made its first stop on its international tour following Trinidad Carnival with an energetic performance at the sold-out Return Fete at the Rebel Club on Friday night, in the heart of Toronto.

Fans certainly got a taste of Teddyson’s seemingly limitless talents, when the popular vocalist doubled as Roy Cape All Stars’ drummer for the Toronto performance, much to the delightful surprise of those in attendance.

“Return Fete has been my New Year’s Day for the last 22 years, in a way,” says Dr. Jay. “It resets a new ‘year’ for Soca music in the City of Toronto. It’s my opportunity to bring the biggest and brightest from Trinidad Carnival like TeddysonJohn, with the music that will carry us forward towards Toronto Carnival aka Caribana.”

For the band, having Teddyson on the roster for the Season of Brass tour was a no-brainer. “This tour is really special for us, and Teddy is family. We have been very pleased with the way he fits with the Roy Cape All Stars,” said Carlysle “Juiceman” Roberts, Music Director of the band.

For Roberts and the Roy Cape band members, the hard work happens year-round with rehearsals and performances. He said: “For the Season of Brass tour, we intend to showcase Soca with a difference, by bringing together the best, most talented Caribbean artistes like Teddyson alongside the best musicians the region has to offer, which has always been Pappy’s (Dr. Roy Cape) vision for this band.”

Roy Cape All Stars and Teddyson John will head to Jamaica next for a series of performances for the “Season of Brass” Global Tour, as a part of that island’s annual Carnival celebrations in April.