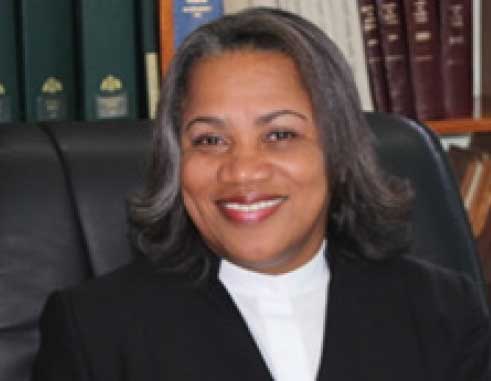 A STATE of the art e-filing system with a fully-integrated modern e-case management system is to be implemented in all member states and territories of the Eastern Caribbean Supreme Court (ECSC).

While not disclosing the exact date for the administration of the e-filing system, ECSC Chief Justice, Dame Janice Perreira, said the importance of technology to the functioning of the Court cannot be overstated.

She said: “Although the region’s legal system is deeply steeped in tradition, in order to dispense justice in a modern world, the court itself must be modernized. The ECSC is committed and anxious to move to this new stage.”

The e-filing system, she said, facilitates the ease of doing business.

Dame Janice said: “While the benefits of e-technology are apparent, the cost to implement it might be considered high. In reality it is not, as the long-term benefits to be enjoyed far outweigh the cost of implementation. Accordingly, I urge all our governments to fully support our efforts toward achieving an e-judiciary as the next milestone in the Court’s stride to continuously improve the quality of justice to our people.”

She said the Court has been able to fulfill its role with the utmost integrity and pride throughout its fifty years, and that several landmark cases have cemented the Court’s contribution to the Caribbean region and beyond.

“A plethora of cases come before it ranging from constitutional matters to commercial disputes. Despite the challenges, the Court has always strongly guarded its role as the protector of the rights of the citizens of the OECS region and the preserver of the rule of law,” she said.

The ECSC Chief Justice said the institution has continued to be a shining example for courts all over the world, and all should be done to maintain and improve upon that image.