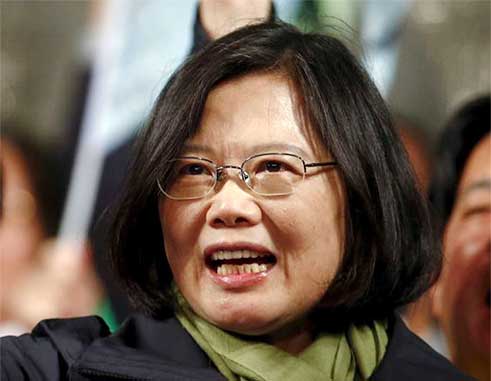 TAIPEI, Taiwan, Mar 6, CMC – President Tsai Ing-wen is to visit the Caribbean later this year amid concerns that its relations with some Caribbean allies have become “unstable”, Foreign Minister David Lee said Monday.

Taiwan has relations with St. Kitts-Nevis, St. Vincent and the Grenadines, St. Lucia, Belize, Haiti and the Dominican Republic and Lee acknowledged that relations with one or more of the Caribbean are “kind of unstable.

“That is why a visit by President Tsai Ing-wen to allies in that region in the second half of this year is being planned as part of the government’s efforts to cement ties with diplomatic partners there,” Lee said when answering questions from Democratic Progressive Party Legislator Lo Chih-cheng at the Legislative Yuan’s Foreign and National Defense Committee.

Lee said that his ministry has taken measures to improve bilateral ties with these countries in question and that the situation is under control.

“The Foreign Ministry has been keeping close tabs on ties with Taiwan’s diplomatic allies and will address issues immediately if it notices something wrong,” he said, without elaborating on which country or countries in the Caribbean are in question.

Last August, the main opposition New Democratic Party (NDP) in St. Vincent and the Grenadines said it would switch diplomatic recognition from Taiwan to China if it is elected to office in the next general election.

The announcement represented a change in one of the last common policies that the NDP shared with the ruling Unity Labour Party (ULP).

St Vincent and the Grenadines has maintained unbroken diplomatic ties with Taiwan since 1981, even as several other Caribbean nations, including Dominica and Grenada, have switched ties over the last decade.

Beijing says Taiwan is a renegade province to be reunited with the mainland, by force, if necessary.

The NDP said that as a modern political organisation, it continues to discuss and formulate a range of appropriate measures and responses to ongoing geo-political realities.

“In this regard, fully cognisant of the ever-evolving symmetry of international affairs, and the principal responsibility and obligation of our party in or out of Government to diligently pursue and protect the best strategic interests of our country, I hereby formally announce that the New Democratic Party of St Vincent and the Grenadines, as of today’s date, August 23, 2016, has taken the decision to recognise the United Nations accepted norm of a One China Policy,” the NDP leader Arnhim Eustace said in a statement last August.

St Vincent and the Grenadines has benefitted significantly from its relationship with Taiwan both in terms of infrastructural and human resource development.

Taiwan financed the terminal building at the Argyle International Airport, 15 learning resource centres across the country, and bridges and other pieces of infrastructure projects.