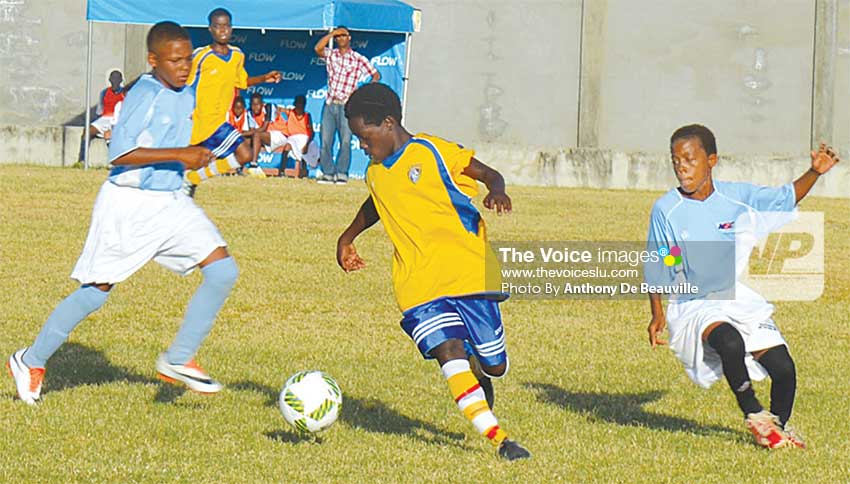 DOZENS of young footballers from nearly 50 local clubs have registered for the first-ever Ultimate Football Experience, a skills-based competition supported by the Saint Lucia Football Association (SLFA) under the auspices of the Caribbean Football Union (CFU).

FLOW and Manchester United are staging the Pan-Caribbean competition for players aged 13 to 16, whereby the youngsters will have the chance to participate in a talent development football camp with Manchester United Soccer School coaches and even to earn a trip to Old Trafford, Manchester to see Manchester United versus Crystal Palace on May 21.

The Ultimate Football Experience Saint Lucia is set for April 1 at the Sab Playing Facility in Vigie. Cyril ‘Cess’ Podd, Deputy General Secretary of the SLFA, said the initiative was timely given the organization’s ongoing emphasis on age group development.

“The fact that we’re focusing on youth the past couple of years, this has come at the right time,” Podd said. “It allows us to see the interest that’s being created by our youth programmes. And I think you’ll find not only the boys but the girls are beginning to show an interest in football and we’ve got some very talented young players. Events like this will encourage the girls to continue, try to make national teams, and continue enjoying and competing in football.”

Ultimately, two winners will travel to the world-famous Theatre of Dreams to witness first-hand Manchester United’s final Premier League game of the season against Crystal Palace. This VIP experience will also include a visit to the Manchester United Museum and Tour taking in the history of the club followed by a tour of the iconic stadium.

“Our partnership with the SLFA, the CFU and Manchester United is entirely in keeping with our philosophy of uplifting our young people across the region, especially in the field of sports,” Finisterre said. “Our sponsorship of Levern Spencer and other athletes throughout the Caribbean, our support for the CARIFTA Games, so many wonderful opportunities created for our young athletes. A collaboration like this, with the biggest football club on the planet, is an exciting prospect for our young players, and it’s the sort of thing only FLOW could offer.”

The Ultimate Football Experience is one of several Manchester United and FLOW partnership initiatives. In January, FLOW hosted the FA Cup Caribbean Tour during which football fans got up-close, unprecedented access to football’s most-coveted trophy. Cable and Wireless is Manchester United’s telecommunications partner in the Caribbean.