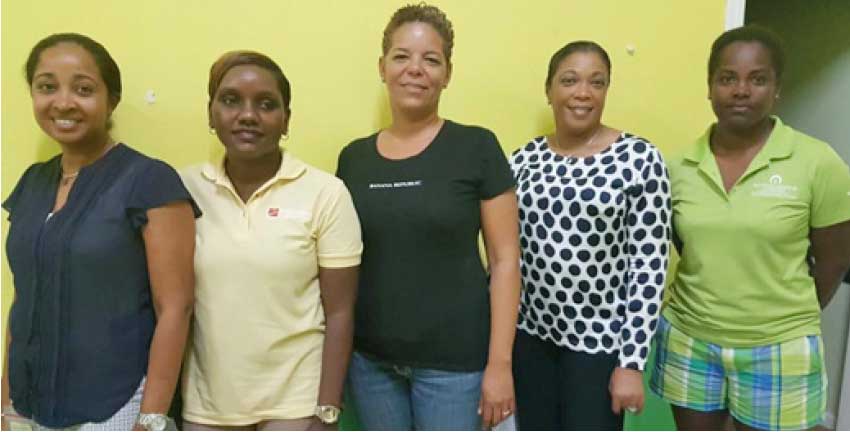 ONE week after winning Club of the Year title at the annual National Sports Awards, Seajays Swim Club held its Annual General Meeting on Friday, February 24 to elect a new executive.

Outgoing President, EldrisMauricette, expressed her thoughts on her tenure as head of the club, noting her gratitude for the support received from the executive and her confidence in to leadership of the newly-elected executive.

Mauricette also thanked the club’s hardworking coaches for their drive and passion with the swimmers as the results were evident in the swimmers participation in CARIFTA, CISC, Goodwill Swim Championship and, most recently, the FINA World Short Course meet in Canada.

The club also celebrated the success of capturing Club of the Year, including the nomination of JayhanOdlum-Smith as Junior Swimmer of the Year at the recently-held National Sports Awards.

Jacqueline Andrew is now charged with the responsibility to lead the club with the support of her Past President Mauricette, Vice-President Tia Henry, Treasurer Eget Martyr and Secretary Cheryl Dorville.

The newly-elected president expressed her pleasure in embracing the challenge and pledged her commitment to lead the Seajays Swim Club where all swimmers will continue to learn that to reach their individual potential they must apply themselves intelligently, consistently and work hard.