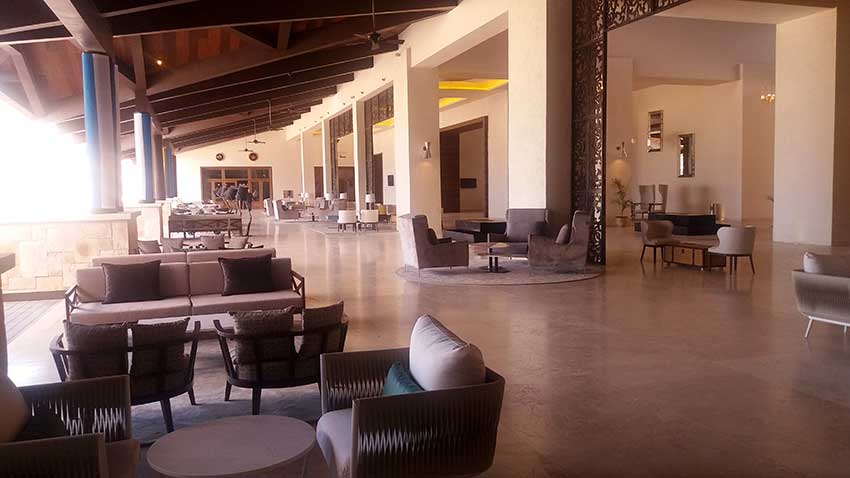 IN what is deemed to be a rare occasion, Chairman of Sunwing Travel Group at the brand spanking new Royalton St. Lucia Resort met with members of the local press to talk about his new addition to the tourism industry in St. Lucia. 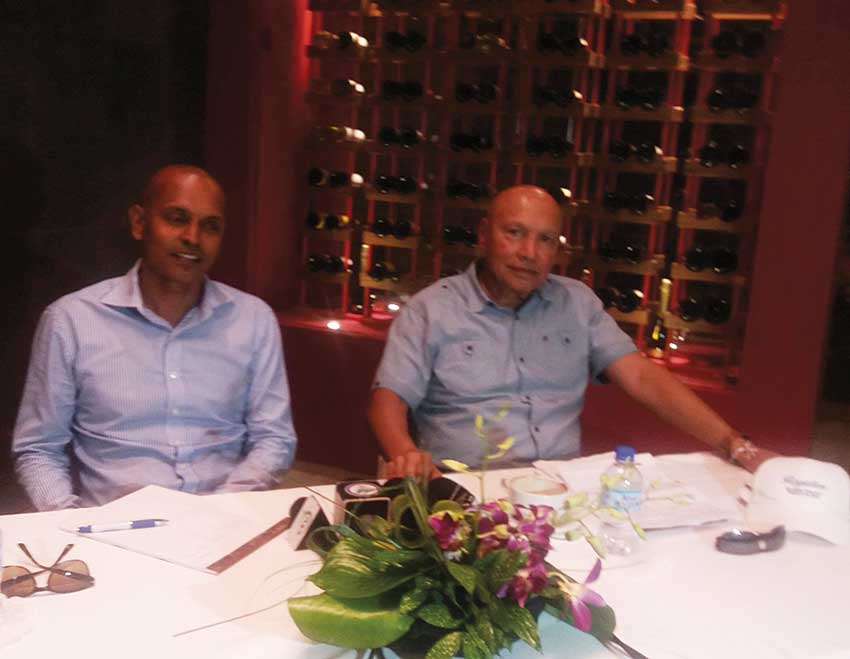 Colin Hunter engaged the media during a dining experience at the resort’s Hunter Restaurant held for the purposes of networking and celebrating the resort’s official opening.

According to Hunter and the resort’s General Manager, Andre Dhanpaul, Royalton is an “all in luxury”, which is all inclusive, but better.

The resort which boasts 352 luxury suites in the Cap Estate area which previously housed the Smugglers Cove Village, employs 950 with some 95 percent being St. Lucian. The management team is 75 percent St. Lucian.

Hunter told the media representatives that he had no intentions of slowing down and had plans to improve on his investment with initiatives, including a casino, to maximise the guest experience.

He said: “In order to build mass tourism, you can’t have small boutique hotels and expect a huge tourist market, especially if you count the U.S.”

Hunter has had a long association with St Lucia dating back to when he was part owner of former Club St. Lucia, which coincidentally was in the exact spot where the Royalton now stands tall.

Hunter said he is happy to be back: “When this came back through to us, we jumped at the opportunity to get back into St. Lucia.

Speaking of the resort’s goals in the coming years, Dhanpaul said: “This resort is seeking to give the best service possible to both staff and guests, and ultimately to be profitable. Also, wherever we can assist with charities and the economy, we’ll be happy to.”