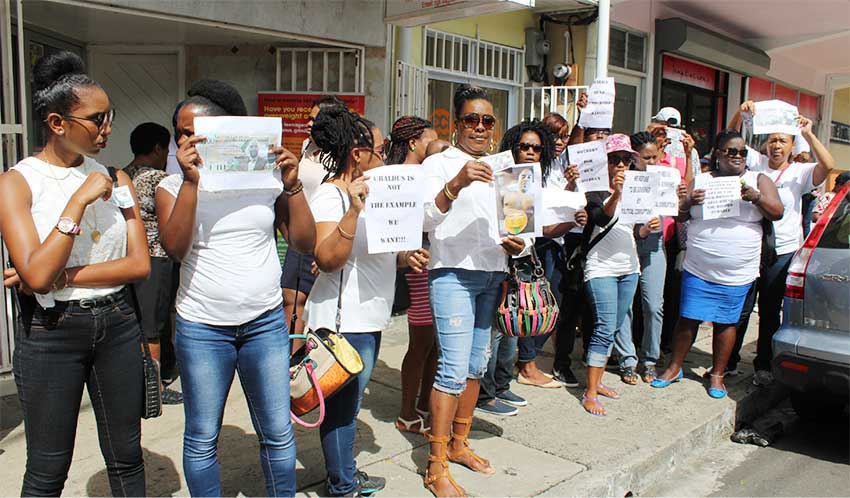 THE Ubaldus Raymond scandal simply refuses to go away, weeks after it appeared to have petered out both in public reaction and on social media.

This group, seen here attired in white t-shirts and holding up 8×10 paper posters depicting their views about the scandal and the Minister’s role in it, surprised many Tuesday morning when they appeared across the street from parliament building in downtown Castries to protest Raymond’s continued presence in the government.

They claimed that he is unfit to continue in the post of Finance Minister in the Office of the Prime Minister due to his alleged involvement with an 18 year old and the fact that naked pictures purporting to be him, which he has yet to deny, are on social media.

The group timed their presence to coincide with Tuesday’s meeting of the Senate of which Raymond is the Leader of Government Business.

The 18-year-old is scheduled to appear before a judge on April 7 to answer to a case of blackmail against the Minister.