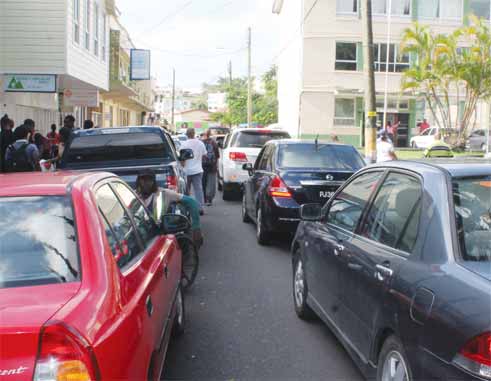 THE rapidity at which motorists are being held at gunpoint these days and their vehicles and personal items stolen is an alarming trend that should warrant swift action by the authorities.

Especially on weekends, robbers seem to get pleasure from stealing vehicles so as to embark on joyrides. Quite often, the stolen vehicles are found abandoned in isolated locations in perfect condition. In other cases, however, some are stripped bare and their naked shells burned beyond recognition.

Criminals seem to be sophisticated at what they do, too. Motorists are quite often pounced on in broad daylight by people they least expected, which confirms that the robbers probably go to all extremes to blend in and not be seen to pose any real danger. That is scary. Thieves are even targeting funerals these days, blending in as mourners and driving away in style in their ill-gotten rides.

Ostensibly, these thieves are capitalizing on the fact that the police force is under-resourced and regular police checkpoints are not the norm let alone consistent. Unfortunately, too, the fact that most of these car-jackings occur on weekends suggest that thieves think the police presence is absent during that period.

Thus far for the year, vehicle owners have actually been injured – in some cases shot – by thieves who seem unwilling to let up on the chance to make a clean getaway with a free ride. That dangerous trend has caused motorists to raise the perennial question raised by minibus drivers who suffer a similar fate: Should motorists be armed with weapons to defend themselves?

It would set a dangerous precedent if motorists were to be given gun licenses. Firstly, there exists the propensity for the criminals to arm themselves with such weapons and, thereby, make their trade even easier. Secondly, who’s to say that motorists would not themselves become targets by the thieves who would end up stealing such weapons and selling them on the black market? It’s a real catch-22, really.

If anything, motorists need to ensure that their defense mechanism is always on, whether or not they are driving. Also, the growing trend of motorists spending minutes on their phones while driving might just be fueling the thieves’ appetites. Parking in unlit areas is also a dangerous recipe for motorists, especially if their regular routines are picked up on by thieves.

Nevertheless, motorists need to invest in affordable tracking devices for their vehicles as either a deterrent or a back-up plan. It would be pointless to think that these incidents are isolated and cannot happen to just about anyone. After all, if thousands of dollars are invested in your comfortable ride, why should you not spend a little extra to prevent someone else benefitting from your investment?