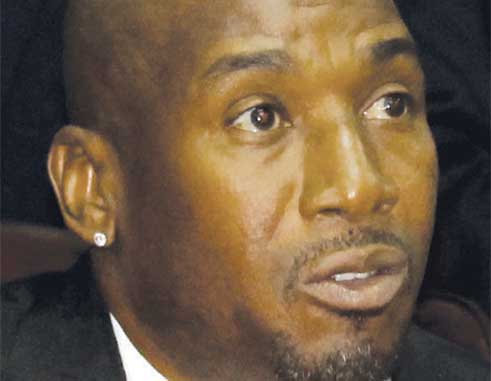 WINSTON Andrew Trim was a true pioneer for the horse racing culture in Saint Lucia. Prime Minister Allen Chastanet said as much when he spoke on Monday about the 50-year-old who lost his life on Sunday, March 26, 2017 in an automobile accident in Micoud.

At the time of his death, Trim, an Equine Industry Consultant, had been working closely with the Government of Saint Lucia and Desert Star Holdings Limited on building Saint Lucia’s first horse racing facility as part of the ‘Pearl of the Caribbean’ project in Vieux Fort.

The Prime Minister, on behalf of the Government, extended condolences to the Trim family, which has a long history of promoting the development of the local equine industry.

“I have been working very closely with Mr. Trim for the last couple of months since we came into government and he had a passion for this project,” said Chastanet as he responded to a question from the media about Trim’s passing.

“He had a passion for horse racing and what he felt it could do for the young people of this country. I was just with him on Friday when we had a meeting with the Ministry of Agriculture, the Chief Veterinarian and DSH, because they are about to implement the training for young people, to start training all the different young horsemen. To see the excitement that this was really happening; that they had identified horses in the region, they had identified World Class trainers to come here. I am not going to let that spirit die.”

Chastanet continued: “The one truth I know is that Winston believed in this project. It changed him. He changed into becoming a very responsible young person. All young people should see him as a beacon; that it is within your power to control and to change and he did that. He had a dream and he held onto it. I, for one, promise to be able to embrace that dream and to know that what he started we will finish. It is a great loss to a lot of young people and to Saint Lucia at this particular juncture but I have no intentions of allowing what he started to go unfinished.”

Trim had been credited for initiating the racetrack project for Saint Lucia. He had also been assisting the Government with providing training for young people in the industry and taking part in public consultations on the project.

Trim was lauded by the local National Equine Welfare and Sporting Association and others for his contribution to the creation of the local St. Lucian hybrid and for the work he did at his stables at Roseau where he also ran a horse-riding therapy programme aimed at the development of autistic individuals.