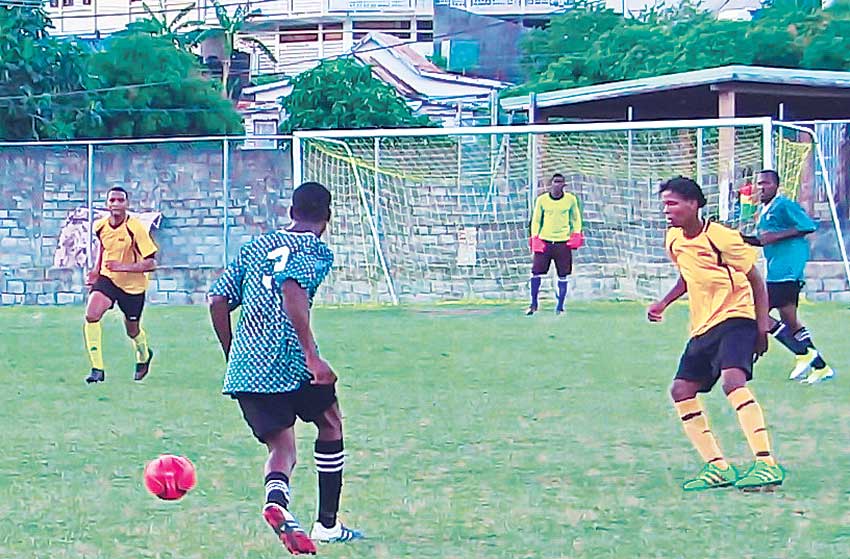 THE 2017 Marchand Football League Promotional round robin tournament kicked off on Saturday at Marchand Grounds.

According to the MFL, the six participating teams are those licensed by the Saint Lucia Football Association, namely Bagatelle FC, Toughest FC, Big Players, B1 FC, Flames FC and Pavee United.

In the first encounter B1 FC, defeated Pavee 2-1 score-line with goals from Andres Remy in the 54th minute and Lamar George in the 83rd minute from the penalty spot while Roger Leon scored Pavee’s lone goal in the 45th minute.

On Sunday, Big Players defeated Toughest 1-0 with a goal from Jordan St.Ange in the 65th minute.

Matches in the tournament continue this Saturday with Big Players meeting Pavee and on Sunday and every weekend thereafter.