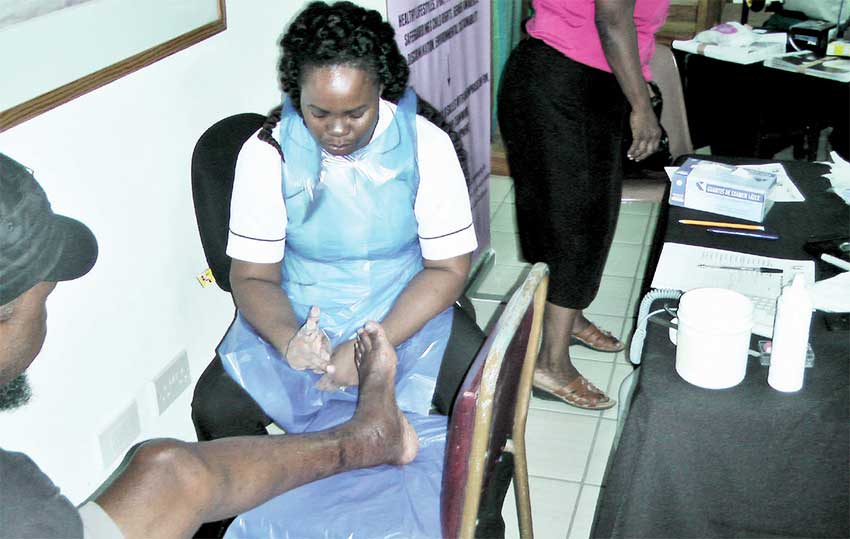 Healthy Lifestyle Seasons at no cost.

THE first in a series of workshops and activity sessions aimed specifically at assisting local amputees and their caregivers is now underway with overwhelming support.

The Limb Loss Outreach and Diabetes Education workshops allows those with missing limbs to connect with local health care professionals and sport and recreation leaders to promote a healthy lifestyle at no cost and forms part of chAMPS, one of the first inclusion and healthy well-being programmes in the Eastern Caribbean to focus specifically on people with disabilities in the form of limb amputations.

“This is indeed a momentous occasion,” said Merphilius James, President of the National Council of and for Persons with Disabilities (NCPD). “We are delighted to partner with the Sacred Sports Foundation to undertake this programme.”

Thursday, February 16 saw the start of island wide activities that brought together the NCPD and the St. Lucia Diabetes and Hypertension Association (SLDHA).

“We have been working with persons with disabilities for five years now,” said Nova Alexander, Executive Director of the Sacred Sports Foundation. “This extension with the support of DAP, is an important and vital step in assisting our amputees.”

There is a high prevalence of lower-extremity amputations in St. Lucia, which has one of the highest rates of diabetes in the world. The chAMPS programme has begun engaging a little thought of but sizeable population and provides an innovative new inclusive community programme aimed at shedding popular negative stereotypes.

Diabetes is among the leading causes of both morbidity, with 40% of Caribbean mortality resulting from cardiovascular diseases related to hypertension and diabetes.

The programme’s three main areas of activity are: A limb care awareness programme/workshops; A public education programme focusing on inclusion of peoples with disabilities; A sports-based community rehabilitation, exercise and activity programme.