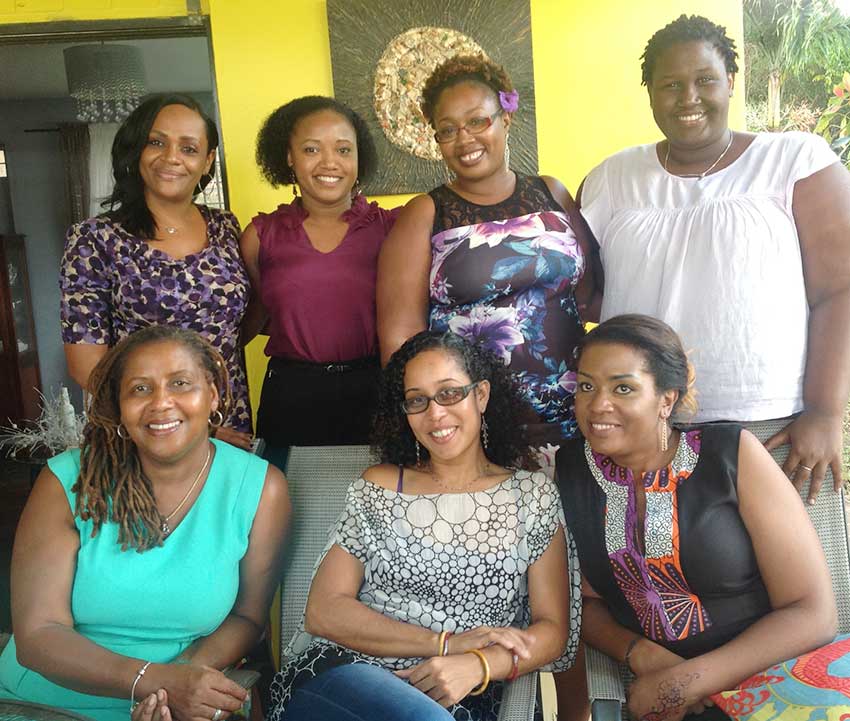 Ladies in the Media Come Together.

A member of the newly formed Ladies In the Press (LIP) has taken a strong stance against the recent cases of domestic homicide which has been gripping the nation in grief and horror over the past three weeks.

PR Maven Sharon Williams spoke to The VOICE during the group’s first gathering in commemoration of International Women’s Day on Wednesday last.

Williams also touched on the issue of women in the media who seemingly work in the dark and behind the scenes, and don’t have voices.

She said with the unity of influential women, she is hopeful that societal issues that women face daily, including domestic and sexual crimes, can be dealt with.

Williams said: “You know they say the pen is mightier than the sword, and in the hand of a woman who knows what she wants, the power is limitless. In LIP, we are strategically placed in the media, so we are going to get together to see how best we can make an impact. I would like to see us come together and really push for change. As we get together, we can put our heads together to see how best we can execute this goal, but we’re going to do things the right way. We don’t want to go airy fairy ad shout for people to look at us and call us hysterical. We want to be sure that when we speak, we know what we’re saying, we have the backing of laws, we are aware of policies and what we can and cannot do, and then we’re going to push the envelope.”

It is time, she said, that women begin to do more for women by firstly changing the way they are portrayed in the public eye: “You don’t hear about women per se, unless we have fallen into disgrace or we are victims of some kind of crimes or we’re murdered. You hear the names and hear the names, then of course, it all dies out.”

She continued with some words to men: “Women, yes we may be weaker physically, but that is no excuse to dispose of us like dogs, to batter and beat us, they’re your partners, your mothers, sisters, daughters, they bear your children and work with you side by side. Men are quick to say that their women are the wind beneath their wings, but in the next instance, they are beating these women that they supposedly love. Why and how can you harm them and hear them crying and begging them to please stop because you are hurting them, yet you continue. They look at the women on the floor and they kick them in their ribs and bellies…you shouldn’t even do that to a dog! Learn to walk away!”

When asked about the decision to form the group, Williams said: “Being a member of the media, if there is one silent part of the media, it’s the ladies…overworked, under-praised and I’m sure surely underpaid, and you know, nobody seems to recognise that we are a significant force. And I think we ourselves don’t even know our power as ladies in the press, because we have the voices, the pens and opinions, but we don’t get to utilise these tools. So I thought it would be lovely to celebrate them. I thought it would be nice to get these people together, and so I had a lunch at my house on Women’s day and I carefully picked out a group of people who I think are really hard hitters. We’re talking about people like Rochelle Gonzales, she has a voice and she tries to be heard, Alison Kentish, Nicole McDonald who is now the most powerful female journalist on island, Cherry Ann Gaillard-Williams, KebaTaliam, Lissa Joseph and Alisha Ally who is the Youth Ambassador, which is a huge accomplishment as a female.

So whilst we are making strides, we do it silently. So I felt the need to bring these women together in fellowship, to share war stories and recognise the strength in unity.”

Also present on the day was Dr. Rumelia Dalphinis-King who is the former Director of Social Services/Family Court. Dr.Dalphinis-King spoke to the group about changing the conversation and writing style, especially about domestic homicide, where language is used to paint a clearer picture in people’s minds.

Williams said: “The way we speak about victims, we rape and murder victims all over again in the language used when speaking about these issues, like when people say that women should be careful with the texts they send and receive. But with that said, LIP is hoping to make more of an impact, and although it looks so glib and might sound cliché to say we need to stand together, that is exactly what we are going to do to get things done properly.