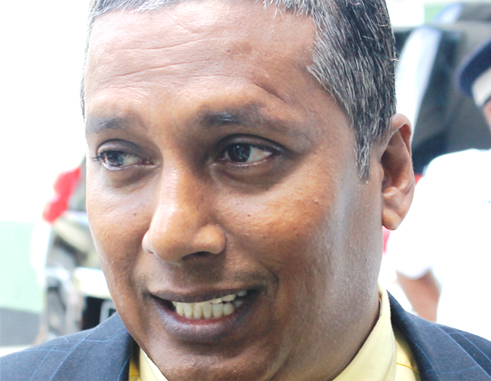 Economic Development, Housing, Urban Renewal, Transport and Civil Aviation Minister, Guy Joseph, said that the leaks are intended to call the operations of the government into question.

“That is why I believe that all political appointees should go with the government who appointed them,” he said.

“You think Donald Trump came to be President of the US and inherited all the political persons that former President Obama appointed? No! He came in with his crew of people,” Joseph said.

He said the current administration continues to have problems with the independent Public Service Commission (PSC) which, when a recommendation is made, has its own political agenda.

He said the voters last June elected the current administration with an overwhelming mandate and people in the public service, on boards and committees are trying to frustrate the work of the government.

“When we take the appropriate steps to deal with them then other people come out and cry ‘victimisation.

“So who is the victim today? Isn’t it St. Lucia and the people of St. Lucia who will be paying the price for all of the leaks of what is happening?”

Joseph was responding to questions about the reported leakage of the St Jude Hospital audit report.

“For those persons who think that leaking documents is a problem of the elected ministers of government, I think that we now have a service that is distrusted by both the previous government and the present government,” Joseph stated.

He said there are whistle blowers who do not find employment after they are discovered because no one trusts them.

Joseph said he was hearing rumours about the leak but was not aware that any copies of the audit report had been made public. However the minister said nothing is going to change in terms of what the ministry is doing.

He said as far as he is aware, the government has not been in breach of anything in regard to the audit report.

“Everything relating to St Jude has been in the media – I have been very open in my discussions about St Jude,” Joseph said.