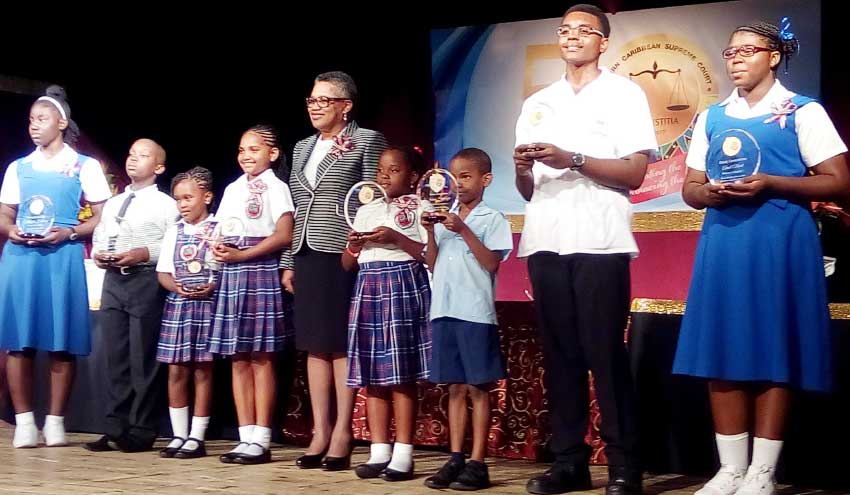 THE Eastern Caribbean Supreme Court ended in grand style its primary school poster and secondary school essay competitions by awarding the winners with trophies and prizes at the National Cultural Centre yesterday afternoon.

The 50th anniversary kicked off last November with the launch of the competitions, which were opened to students within the courts member states.

The competitions purpose was to generate interest in the court and to develop an understanding of the court amongst school children.

According to the court’s Chief Justice Dame Janice Pereira the court wanted to reach out and engage school children and get them thinking of the role of the court in the society.

“Although we hoped that the level of participation might have been higher we were truly impressed by the enthusiasm generated by the poster and essay competitions. I personally want to thank all the students who participated. All the entries were of a high quality and showed the tremendous effort put into the work,” she said.

“We received some beautiful and thought provoking posters from our primary school students. They understood the theme and clearly depicted celebrating the past, embracing the future,” she added.

“The essays were excellent. I was struck by the level of research and effort that was put into composing them. The students were able to show intellect and a deep understanding of the court,” Pereira said.