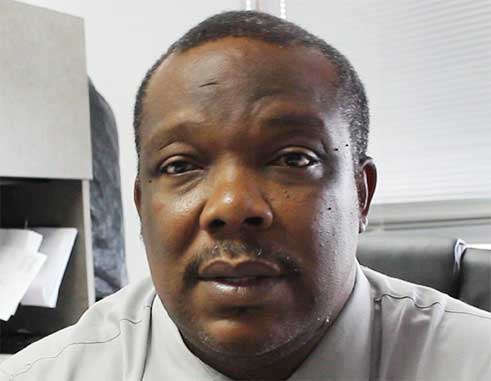 HEALTH and Education officials have noted an increase in the number of substance abuse cases among the island’s school age population.

Officials indicate that many of the disturbing behavioural patterns exhibited by students usually have some element of substance abuse as an underlying factor.

She said: “With the young ones we find parents tend not to believe. They see the signs, they see the red eyes from school, the frequent headaches, the smell sometimes of marijuana, the grades going down and the personality changes are really, really important. Sometimes you wonder why there is so much violence among our young people, it could be very well related to the withdrawal effect of marijuana and the addiction to marijuana we are seeing is quite rampant in the schools. No longer are we seeing many students coming into Turning Point with just minor problems of marijuana. Most of the students who came in to us last year had to be admitted residentially because the addiction was so serious to marijuana that they were not able to stop on their own.”

Chief Education Officer, Marcus Edward, agrees that substance abuse is a major issue within the schools; one that the education sector is working hard to address.

He said: “There are many, many instances where we have had to refer children who are presenting at schools behaviours which we consider to be out of the ordinary and so we have referred them in many instances to the drug rehabilitation programme at Turning Point…There is no denial that we have a serious drug consumption problem in our schools.”

Edward said the Ministry of Education has sought government’s approval via funding from the Caribbean Development Bank, for the establishment of a Drug Awareness and Education programme targeting primary to secondary school students under an Education Quality Improvement Project (EQUIP).

He said: “It is not just the secondary school students that are presenting with those problems but we are seeing the manifestation of the drug use even from the primary school level.”

Edward added that some parents are at their wits’ end in coping with their children’s substance abuse issues while others are in complete denial.

He added: “And I can say to you 90 percent of the time when I pose the question directly to the students, it is a revelation in the office when the children confess to be actively taking drugs. And so the parents need to be vigilant. They need to support the Ministry of Education in its fight to ensure that the children come to school free of any of those effects. Because when the children reach the schools, they are under the influence of drugs. We cannot teach them. They exhibit all kinds of negative behaviours, the teachers are at their wits’ end with how to deal with them because we don’t have the capacity to be able to calm and to treat those children who are in school but under the influence of drugs.”

Though Turning Point has played a critical role in rehabilitating many students, the Ministry of Education is actively seeking to establish drug preventative and education programmes targeting both students and parents.