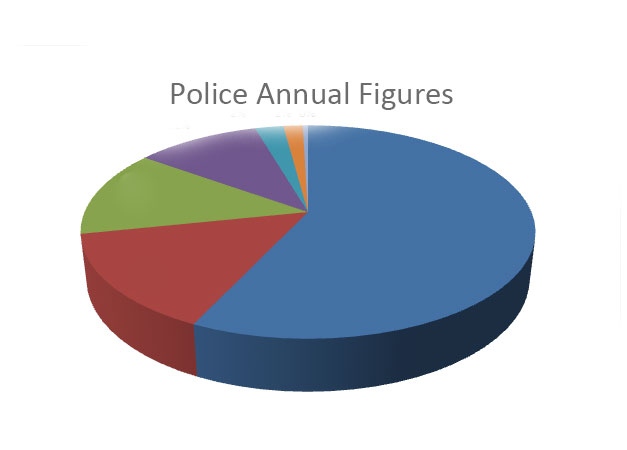 THE public has been called on to assist the police by shouldering some responsibility in safeguarding their property as the detection rate for offences against property was a mere 32 percent last year, the same as the year before.

Marsharma Sealy, Assistant Police Commissioner responsible for crime said that while the police department has fingerprint analysts and other forensic experts, certain types of evidence are not always found on the scene of a burglary, for example fingerprints.

She recommended the installation of cameras at homes that could afford them, the keeping of a dog, the fencing of properties, even neighbourhood watches, all of which, she says, contribute to the detection rate.

These rates of detection for such offences are nothing new, as historically, offences against property record low detection rates.

“This can be attributed to the fact that in many cases (example burglary, theft, unlawful damage, etc) offences occur on occasions when there is no one at home and/or the suspect is unknown to the victim, making detection difficult,” Sealy said.

Burglary was the highest recorded felony in the offences against property category; however it was at its highest in 2014 with 1143 accepted cases.

Offences of stealing from person and theft recorded decreases last year compared to the year before.

But while detection rates for offences against property are not all that encouraging, the police department recorded some successes last year in other categories of crime. For instance while there was an overall two percent increase in reported crime for 2016 compared to the year before there was also an increase in the number of crimes detected by seven percent compared to 2015.

That two percent increase is equivalent to 432 cases. Reported crimes amounted to 17,895 last year compared to 17,463 the year before. However while 2015 recorded a detection rate of 52 percent last year police recorded a detection rate of 54 percent, the highest experienced in the four years under review. Five hundred and ninety-five cases more were detected last year compared to 2015.

The crime figures were released by the police hierarchy Tuesday in a move to drive their efforts in deploying resources during the implementation of their crime fighting plan for this year.

“With our main strategy being community policing we will use intelligence policing as a guide for the strategy,” Desir said.

An examination of reported crime for the period under review revealed there were increases in almost all the major categories including murder, sexual offences, firearm offences, offence against property, drug offences and summary offences.

Drug offences recorded the most significant increase over the period under review with 2016 recording an increase of 33 percent compared to 2015.

As is usually the case the northern sector of the island recorded the highest number of reports, accounting for 40 percent of total crimes accepted island-wide. The central and northern sectors each recorded 30 percent.

The number of homicides committed over the review period were not encouraging. For instance 31 homicides were recorded last year compared to the 29 the year before.

According to police the homicides were concentrated primarily in the Castries district and committed predominantly by young males against other young males using firearms and sharp objects.

The police were able to pat themselves on the back last year because they recorded zero police related homicides. Four such incidents were recorded in 2012 while in 2013 there were two incidents, while in 2014 there were three and one in 2015. The central sector of the island recorded the most murders for last year, 12 or 40 percent. The northern and southern sectors recorded equal amounts, nine or 30 percent. Firearms and sharp objects like knives and cutlasses were the most commonly used weapons in these murder.

The police hierarchy claimed that this rise may be due to the greater number of reports made by parents, teachers or concerned citizens on behalf of victims.