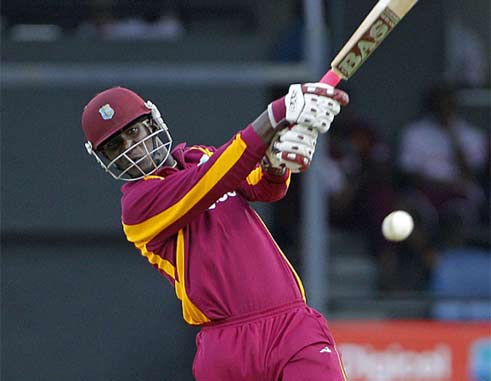 BRIDGETOWN, Barbados, CMC – Australian all-rounder Shane Watson has praised the captaincy of Darren Sammy as he gears up for another campaign in the Caribbean Premier League starting in August.

Watson, the marquee signing last season for St Lucia Zouks – now rebranded St Lucia Stars – is expected to be a key part of the franchise’s bid this year for their first ever CPL title.

Speaking ahead of Friday’s draft here, the 35-year-old said Sammy had been crucial to the St Lucia franchise’s success last season where they reached the playoffs for the first time ever.

“Darren Sammy has had an incredible amount of success especially in the shorter formats for West Indies. I’ve always played against Darren but I’ve never got the chance to get to know him away from the game so to be able to be captained by him [was great],” Watson said.

“He is a very charismatic guy, a strong leader says things that needs to be said at the right time and on the field he absorbs pressure very well, is a great decision-maker under pressure which we have all seen for the West Indies as well.”

He added: “But then to be able to have someone like Mike Hussey who comes in with his experience and also the combination of Stuart Williams (coach) with Darren as well was a great combination. They both know the things that need to occur within a team.”

Watson had a decent outing last season for Zouks, scoring 287 runs at an average of 31 while picking up 12 wickets with his medium pace.

Along with leading scorers Johnson Charles (441) and Andre Fletcher (324), Watson helped ensure Zouks finished fourth in the standings after the preliminaries, and qualify for the playoffs.

Watson said it had been a rewarding experience helping to bring some level of success to the St Lucia franchise after a barren run.

“Going to St Lucia I knew obviously how things had panned out in the previous few tournaments where we didn’t have that much success,” Watson explained.

“But to be able to get some belief within the group and get the combinations right, it took us a little while to get it exactly right at the start of the tournament but once we did, we played some awesome cricket.

We beat the Tallawahs twice – they ended up winning the tournament. The great thing is that our squad isn’t changing that much from last year so we should be really able to continue to build on what we built last year.”

The new CPL season will run from August 1 to September