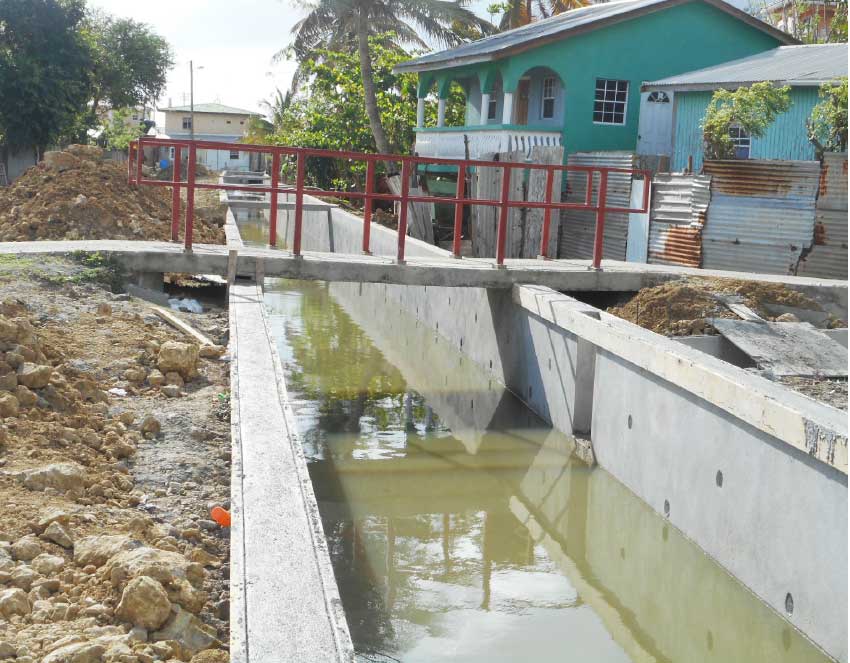 RESIDENTS of Bacadere in Vieux Fort are breathing a sigh of relief.

That’s because a drainage project which is presently being constructed there will prevent the area from being impacted by rain the way it did during the 2013 Christmas Eve trough which affected the island.

On that occasion, the trough transformed Bacadere into a river with water rising as high as six feet. Since that experience, residents usually watched nervously during heavy rain because of the swelling of an adjoining river.

The project, which commenced a few months ago and is expected to be completed by month-end, is funded by the Caribbean Development Bank (CDB) and the Government of St. Lucia under the Basic Needs Trust Fund’s 7th programme. It will ensure that water from the drain does not easily overflow but flows freely through it.

According to Lambert Elva, a resident of the area, the drains needed renovating because they become clogged, creating an eyesore.

“The drains were in a mess. It was being blocked by rubbish,” he told The VOICE.

Elva said the devastation from the 2013 trough still lingers in his mind. He recalled being forced to flee his home after water rose to about six feet from and entered his home which is on pillars.

He said the drainage programme now underway will make life easier for residents and cause them to worry less during the hurricane season.

Lisbert Mathurin, another resident who has been living in the area for over 40 years, also welcomed the project. Recalling the trough, he said:

“I never saw so much water in the area since living here. The water in the drains could have carried away anybody or building.”