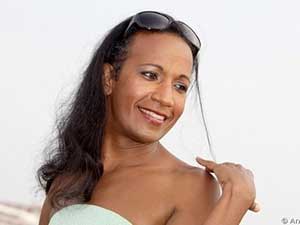 THE tourism mavens who curated “Soleil” have once again failed to capture the current growing trend in the global hospitality and tourism industry. In the process, they have failed to engage the unique talents of a Saint Lucian who has global name recognition in fashion tourism: Vincent Mc Doom.

The decision to eliminate fashion from “Soleil” must have been a careful and deliberate strategy to eliminate Mc Doom from contributing to the development of this vital tourism sector. In the final analysis, Soleil adds no new component to Saint Lucia’s tourism industry. This elimination is being done at a time when fashion tourism is a new and growing component of the global industry being developed in African countries and others. This component has the capacity to create jobs for both young men and women.

Why fashion tourism? The fashion industry is a multi-billion dollar industry globally as fashion tourists are growing in numbers. The idea of people going or travelling from one place to the other for the purpose of fashion viewing or purchase is constant. From visiting the four most popular fashion runways of the world in Paris, London, New York and Milan, to visiting the popular designer stores like Prada and Chanel Christine Dior, just to name a few, people are travelling to African countries to purchase locally made fabrics, visiting trade shows in exotic destinations known for a particular design. All these are ways in which fashion tourism asserts itself. New York, Paris, and London have thrived in the fashion industry. Kenya, Amsterdam and South Africa have also begun to look into the fashion industry for economic gain. Nigeria has also followed suit.

“Why does a trade union devote time and energy to fashion promotion? Our mandate has jobs at its heart: the quality of jobs and the quantity of jobs, more jobs and better jobs, as the best means to combat poverty and social disintegration. Fashion is a vehicle to that goal. Behind the fun, the glamour, the images, there is a serious business and a major employment opportunity and reality.” Ebrahim Patel, SACTWU General Secretary, Gala Fashion Night, 2007.

The objectives of the fashion festival should be motivated by the desire of Saint Lucia to showcase its indigenous designs within and outside the Caribbean. This will also usher in the creation and introduction of shopping festivals which are also called trade fares. Dubai Shopping Festival (DSF), which started on February 15, 1996, is an example of one shopping festival held around the world. This event was designed towards revitalizing retail trade in Dubai and the United Arab Emirates. This event has been promoted as a tourist attraction.

Industry growth in India is mainly driven by the growing exposure of domestic designers at international forums, but growth is also supported by other factors such as the launch of focused business education courses for emerging designers and the establishment of an industry association. The key contributing factors to a fashion festival on Saint Lucia include efforts/initiatives by companies operating on the island, support from the government, evolution of domestic fashion designers, as well as brand awareness among consumers.

Why Vincent McDoom and fashion tourism? The target market should primarily be the French Caribbean because McDoom is French based. He will create a cultural bridge between the islands to allow for a better knowledge of French know how to Saint Lucia’s budding fashion creative talents, models and designers alike. Martinique is one of the target markets in the Caribbean which has been chosen because of the interest of the French in fashion.

Martinique’s former capital, Saint-Pierre, was once referred to as the “Paris of the Lesser Antilles.” It might be no surprise that the island is still a fashion hotspot where the shops stock designer brands like Chanel. Martinician fashion reflects not just the French influence but also a number of Caribbean influences, and the island is still rich in its traditional style. Traditional Martinician garb for women has included richly coloured madras, headscarves, embroidery, and for more formal occasions, flounced skirts and trains. Where Are You From Originally looks at Martinique style and takes note of how these designs may have influenced more modern designers. The fashion festival on Saint Lucia should also be promoted to the North American, European and the English speaking Caribbean audiences.

The socio-economic development of Small Island Developing States (SIDS) like Saint Lucia should never be personalized. Saint Lucia is at a point in its socio-economic development where it is desperate for the introduction of new ideas to solve complex problems. However, the nurturing of new ideas requires a friendly environment geared towards stimulating the thought processes, increasing mental energy and providing a national audience to fine tune and consume the final product.

The current approach to the acceptance and execution of ideas is based on the perception that certain members of society are the sole owners of ideas. This is based on tradition, whereby these certain members have in the past been the ones at the forefront of the socio-economic development of the island. This may have been due to their connection with the former colonial masters, superior education and a financial institution which was receptive and tolerant to their ideas. However, the elimination of preferential treatment in the banana industry and the advent of globalization may very well have made their skills set irrelevant and dysfunctional. We are now living in a world which is profit driven, on the corporate side, knowledge driven and “what is in it for me” on the diplomatic end.

Saint Lucia and its people are now facing their worse economic and social challenges since independence. The banana industry can no longer be described as green gold and tourism will only create a dent in the economy if it records double digit growth at near rack rates. This means that increased tourism arrivals at discounted rates may very well be bad for the island because it does not justify the marketing resources being spent to attract these additional visitors. The leadership of the island must not only seek assistance from foreign governments but must also pay attention to the dreams and aspirations of the ghetto kids because they are the ones for which the solutions are being sought. However, the irony is that the ghetto kids are not being consulted on their needs and their capacity to meet their specific needs. If this was done, the government would recognize the gap between dreams and aspiration and capacity, and address it in a more targeted and strategic fashion.

Finally, the diaspora holds tremendous value to Saint Lucia both in terms of intellectual capacity and economic capacity. This capacity has been untapped thereby creating an economic disconnect between communities in the developed world and on the island. The time to bridge this gap is now.

The reliance on events as part of Saint Lucia’s tourism strategy may very well transform the island destination into an “events destination,” i.e., visitors will travel to the island to attend events and may very well miss out on the authentic and natural beauty of the island. In addition, events may result in the disruption in the hotel sector as a result of spikes followed by tanks soon after, leaving hotels with excess inventory and excess staff. “Soleil”, in its current form does not address these problems. However, the inclusion of Vincent Mc Doom and the fashion component into “Soleil” will create the potential for the launching of a fashion industry which will create jobs for the youth, young girls, in particular. The tourism mavens have once again allowed themselves to be blinded by personal sentiments and or by a lack of deep thinking and research which would have resulted in an economically viable event at a time when the country is broke.
(Wilson Jn. Baptiste is a Professor at the Tisch Center For Hospitality and Tourism at New York University and also at Monroe College, New York. He is also hotel and tourism Consultant with over two decades of hotel and tourism administration experience promoting Caribbean destinations in the U.S market. In 2010, Jn. Baptiste founded “The Gems of Saint Lucia” to develop strategic alliances with other enterprises in the public and private sector, both nationally and globally. Jn. Baptiste holds an Associate Degree in Travel and Tourism from City University of New York (CUNY), a Bachelor’s of Science in Hotel and Tourism Administration from New York University (NYU), N.Y., and a Master of Science in Tourism Management, from New York University, December, 2012. Jn. Baptiste has also co-presented a paper on Cultural and Heritage Tourism and Authentic Travel at the African Travel Association’s Congress in Nairobi, Kenya, 2015 and has been on the diaspora planning committee of the Caribbean Tourism Organization (CTO) for the past five years.)