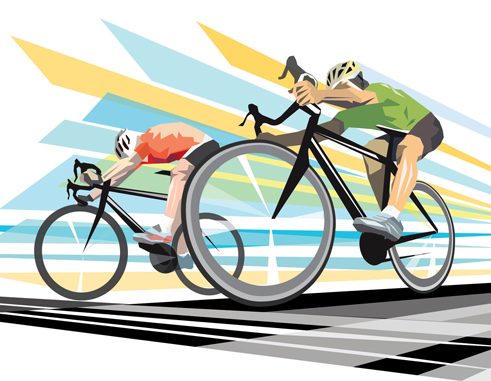 WCC Cites Him as one for the Future.

President of the Saint Lucia Cycling Association, Cyril Mangal said the Cuban Coach Ramon Miguel Leal Diaz had suggested that the Association write to the International Cycling Union requesting permission for Mitchel to attend the camp which was for 17- and 18-year-olds.

Mitchel turns 17 in two months and Coach Diaz insisted that the youngster had talent and that with discipline, hard work and support, he can become a successful cyclist.

In his letter to Mangal, Director of the World Cycling Centre, Fredric Magne, indicated that “Due to the exceptional results at the 2016 Talent Identification Camp in Mar del Plata, we would like to offer Mitchel Kluivert the opportunity to come to the WCC to take part in a one-month high level training camp.”

Mangal said, “After confirmation of a date of June 15 to July 14, the Union Cycliste Internationale office has strongly recommended that the SLCA book a flexible return ticket in case he showed potential so that the coaches may ask him to stay until the Junior Track World Championships scheduled for August.”

He continued: “The World Cycling Centre will bear the entire cost of his stay, including full board and accommodation, training, use of the WCC infrastructure, loan of equipment, insurance and transfers within Switzerland. Our Association is responsible for his return airfare.”

Meanwhile, the International Cycling Union will be donating three track bikes to the Association following a request by the Association through President of the Pan American Cycling Confederation, Jose Manuel Pelaez.

That request was made on the advice of Coach Diaz who believes it is possible for the Association to obtain good results at the Pan American and CAC levels. The bikes are expected in Saint Lucia next month and will be used to prepare junior cyclists for the Pan American Junior Track Championships and Central American and Caribbean Games 2018.

The SLCA thanked the Saint Lucia Olympic Committee for its support and the Department of Youth Development and Sports for securing Coach Diaz since 2014 and said it was looking forward to an extension beyond 2017 for him to continue the excellent work that he has being doing with Saint Lucia’s young riders.