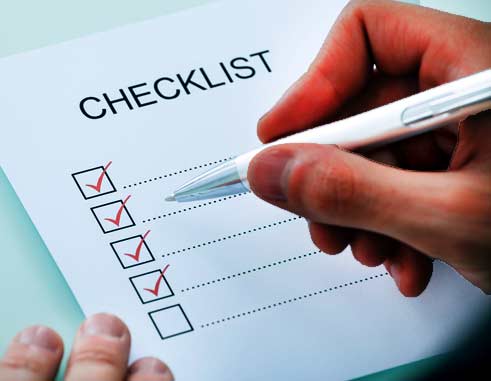 DURING his stint as our island’s tourism minister, Allen Chastanet showed time and again his indifference to the plight of the average Saint Lucian. It was as his main purpose was to destroy Saint Lucia’s poor and vulnerable whilst protecting his wealthy friends. How else to explain his lavish spending on the failed Boxing in Paradise? What about his famous near million-dollar tent rental? And the more than one million dollar James Hepple who did precious little to increase our tourism arrivals? There was, too, the deal, which saw Saint Lucian taxpayers paying millions of dollars to several airlines which arrived in Saint Lucia barely half full.

Not satisfied with his squandermania, Chastanet would conspire with others within his Cabinet to assist one of his own to defraud hardworking Saint Lucians of revenue by placing before Cabinet documents suggesting a private house was actually part of a hotel thereby making it eligible for tax concessions. In the process Chastanet misled no less than the High Court by claiming he was not present at the discussions when the meeting’s Minutes showed the contrary. Little wonder the Court of Appeal considered him a not credible witness.

It would appear that Chastanet has learned nothing from misleading the courts as last week he did no less than attempt to mislead the Saint Lucian public into believing plans outlined at a UWP Meeting were meant to save when instead it is clearly designed to destroy.

Allen Chastanet’s proposals are nothing less than five ways of confirming one fact: that if the UWP are elected at the upcoming polls, they will undoubtedly bring Saint Lucia to its knees. All the hard-earned gains under Labour would come to naught.

Last Thursday, Chastanet revealed a set of election pledges packaged by his highly paid foreign consultants to be eye-catching but breathtakingly bizarre and cynical. A moment of consideration reveals the package to be incoherent – a mixture of proposals that combine reckless spending with severe cuts to government revenue, accompanied by policies lifted wholesale from the Labour Party. It seems not to matter to Chastanet that a number of these policies are diametrically opposite to those he so wholeheartedly supported whilst he was minister of government.

Let us analyze the plan. First, his flagship proposal and pet policy for some time; the removal of VAT. Any economist – in any major country from here to Alaska, will tell you this: VAT is one of the most efficient, simple and fair mechanisms for collecting revenue. That is why almost every single economically successful country around the world has a version of this system in place. Furthermore, as any secondary school student can tell you, this source of income cannot simply be abolished without a viable and fair replacement, otherwise vital projects and public services will suffer.

Yet this is exactly what Mr. Chastanet proposes on doing.

Never shy about speaking untruths Chastanet would have Saint Lucians believe that VAT was a Labour Party invention. It was none other than Sir John Compton who first announced the intention of the UWP to introduce VAT. His successor, Stephenson King, in his 2011/12 Budget Address, said this: “I wish to reiterate the commitment of this government to its (VAT) implementation by April 2012, mindful of the socio-economic responsibilities of government. Madame Speaker, VAT is intended to streamline the tax system and is not intended to be an additional tax. It will make tax administration more efficient by eliminating nuisance taxes.”

Chastanet was part of the government which gave this commitment.

VAT was introduced in Saint Lucia, in line with the rest of the Eastern Caribbean, as a replacement for revenue already collected via other taxes and levies. The system promotes fairness by exempting key, essential goods from the tax, so that those with the lowest incomes are not disproportionately affected, as they were before VAT was introduced. The system also makes tax evasion by the wealthy far more difficult. Today, Chastanet is in the forefront repudiating the very thing he promoted in 2011. Is Chastanet planning to do to Saint Lucians what his counterpart did in Jamaica, commit a fraud on the electorate?

Chastanet also attempts to pull the wool over our eyes with his sweet sounding reduction of vehicle license fees. The fees in Saint Lucia remain among the lowest in the Caribbean, and the revenue collected goes directly towards the repair and development of high quality road networks in this country. Over the last five years, the SLP Government has had to undertake a major road rehabilitation project across the island, investing over $50million in road infrastructure following years of neglect by the UWP. Is this what we will go back to, if Mr. Chastanet succeeds in implementing his unfunded plan to slash revenue from vehicle licence fees?

Let us also not forget that in a previous term in office the Labour had in fact eliminated licence fees and it was Guy Joseph who reintroduced this. Yes the same Guy Joseph who now seeks to influence vehicle owners into believing he is for them. Perhaps we should ask the National Council on Public transportation how it fared under his leadership.

Parts of the Five Point Plan are simply redundant. It is true that ensuring children are able to attend school and that they are well-fed and able to concentrate during the school day is crucial. That is why this Government has implemented a comprehensive and effective school feeding programme, which since 2014 has continued to provide thousands of pupils across the country with at least one healthy and nutritious school meal each day.

Furthermore, under Labour’s Partial Zoning policy, which allows children to attend a school close to their home rather than an allocation system based on grading, far fewer pupils are required to travel long distances for their education.

Although travel subsidies are still provided to those who need them, the number of families requiring this support has decreased significantly. All thanks to Labour’s policy of building quality secondary schools throughout the island. In fact, in its first 9 years in office, Labour built more secondary schools than the UWP had built in the previous 30 years.

Labour’s policies have worked and continue to work. Chastanet’s proposal to throw money at an already functioning system whilst nonsensical is typical of his penchant to waste taxpayers’ money.

Finally, Chastanet dangles the “removal of property tax” carrot, for three years he says. How does that benefit the residents of Faux a Chaux, of Marchand, of Bruceville, of Laborie Village when the Labour Party already has in place, a $200,000.00 threshold?

The Labour Party continues to promote real policies and solutions to make meaningful changes to people’s lives. These policies are designed to further repair the damage done to our economy during the UWP’s tenure. By contrast, Chastanet’s irresponsible approach is putting our nation’s economic recovery in danger for the sake of – at best – political attention seeking.

Chastanet’s plans for property taxes represents a direct blow to the solar plexus of the most disadvantaged people in this country. Five years ago, as a UWP Cabinet minister, Mr. Chastanet supported ongoing property tax without any objections. Now, his dazzling about-turn will exempt the very wealthiest people with the most valuable properties on this island from paying taxes which they can well afford to pay. The result of Chastanet’s ill thought out plan? A budget hole that would take away government projects, subsidies and pensions for those who need it most.