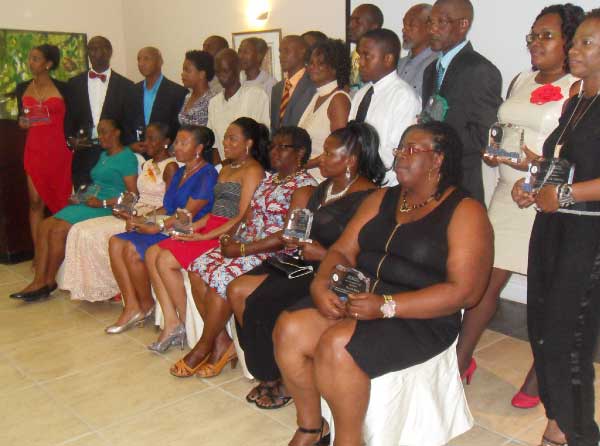 THERE may very well be a turning around in the way in which Labour Day celebrations are held come next year as already school children are being tutored about the significance of that day.

This was noted by the Deputy Labour Commissioner Andrew Quashie last Sunday. However, he insisted that for workers to have more meaningful celebrations of Labour Day, organized labour must come together, meaning the trade unions and other organizations and associations that represent workers.

Quashie who officiated at a function this past Labour Day, spoke of the need for workers to get together on that day to consolidate their gains and the strides they had made from the past to the present.

“There is a need for that particular day to be recognized in a manner such as this,” Quashie said, referring to the gala event hosted by the National Workers Union last Sunday at the Rex Resort at Rodney Bay.

The NWU, in grand style, honoured 27 of their shop stewards for sterling achievements in all aspects of the workers’ development in their respective branches.

The event, the first by a trade union on the island, spoke volumes of the recognition of shop stewards in areas like negotiations for collective agreements, peacemakers in the workplace being able to diffuse potential industrial action and for creating a workable, yet enjoyable environment in the workplace.

The Deputy Labour Commissioner is optimistic that the years of inactivity by workers on Labour Day will be a thing of the past. He pointed to this year’s celebrations by the NWU and the Labour Department’s programme of going to schools to inform and educate form four students of the importance and relevance of Labour Day, as setting the groundwork for more activities by and for workers next year and following years.

His optimism stems from what he claims is a climate of bargaining, good discussion, conciliation and compromise that exists between employers and bargaining units.

However he warns employers to be more knowledgeable of the Labour Act.

“I think there is a need for human resource personnel to be a little more acquainted with the Act…”Quashie said.

He said that some of the issues that come to the Labour Department could have been avoided if there was a bit more understanding of the Act.