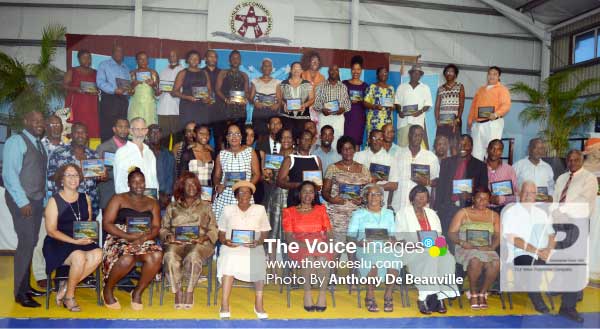 THE Gros Islet Secondary School was a hive of activity on Monday when the Gros Islet Awards Committee held its inaugural ceremony to honour individuals, not necessarily from Gros Islet and its environs, who had made a significant contribution to the town.

In her brief welcome address District Representative Emma Hippolyte said, the awards were is to say “thank you for your contribution to Gros Islet and to national development. The Gros Islet awards cover many fields, it cuts across class, religion and most importantly it cuts across party lines, so amongst us here we have some outstanding red, yellow, green and no trouble people. You are been honoured simply for who you are and for the contribution you have made to Gros Islet and St.Lucia”.

She added: “We are also recognizing some people who are not from Gros Islet, but who have made a significant contribution and effort likewise. We say thank you”