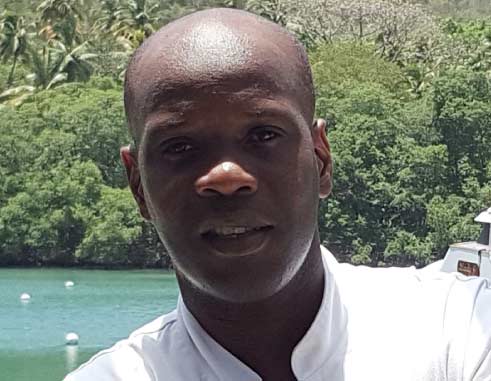 Davis Hippolyte, Pastry Chef, has qualified for the Saint Lucia National Team and will participate in the 2016 “Taste of the Caribbean” competition.

“Taste of the Caribbean” is the region’s premier culinary competition and cultural showcase. Introduced in 1993, the event provides the best chefs and culinary teams from the region an annual opportunity to unite, learn, and demonstrate their skills.

Over 10 teams from the Caribbean will compete for the honour of the title of “best chef, culinary team, bartender and pastry chef. Each participating team represents a Caribbean island and has competed on a national level to qualify.

Hippolyte describes himself first and foremost as a cook. He is passionate about cooking, and has been engaged in a love affair with the kitchen for over 20 years. Pastry he says, is like art to him.

Hippolyte wowed the judges with his use of local ingredients. Embracing the flavours of turmeric, cocoa, and soursop, and even coconut egg whites, Davis won the qualifying round with Cocoa Bavarian, Crème Anglaise and SoursopPanna Cotta.

Hippolyte joins Saint Lucia’s National Culinary Team to compete against other Caribbean countries in Miami during this year’s Caribbean Hotel & Tourism Association’s “Taste of the Caribbean” competition from June 6 – 10.