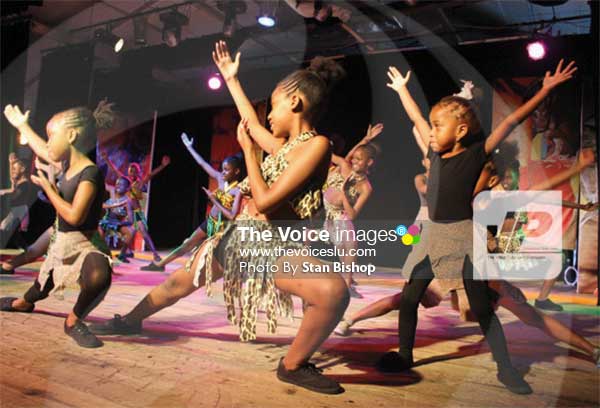 IN its efforts to reach out to communities across Saint Lucia and give a voice and platform to artists in every genre of the arts, the Cultural Development Foundation through the National Arts Festival (NAF) has strategically aligned itself with partner organisations in presenting NAF 2016.

The Festival will consist of five major activities catering to a diverse audience of creatives across communities, namely a Community Festival, Street Theatre Event, Artist Market, Poetry Live and the Cultural Icon Series.

On Saturday April 23, the community of Vieux Fort will host street drama, fashion shows, dance, masquerade, steel-pan, and poetry as part of its Vieux-Fort Street Theatre, Arts and Cultural Exposé. An added feature is that visual artists will be invited to paint street-side, as well as a team of citizens who will create a community collage.

According to Randall James, PRO of the Vieux Fort National Arts Festival Committee, “This event is a very positive first step to advance the Committee’s objectives to enrich the arts and cultural capital of Vieux-Fort, to help strengthen Vieux Fort as a community, to instil confidence in the future of the town, and to enable residents to take pride and ownership of their community.” The event is scheduled to take place from 3:30 p.m. on Clarke Street in Vieux Fort.

A Community Festival will take place at the Soufriere Waterfront on April 30th from 10:00 a.m. – 10:00 p.m. and will include an artist market, performance concert presenting young and budding artists, community collage and sketch up as well as street theatre. The Soufriere Community Festival is being billed as part of the Creole Jazz & Arts Festival spearheaded by the Soufriere Development Foundation. Following much deliberation, Micoud community personnel along with a team from the CDF, came to a consensus that postponement of their community festival to 2017 would serve them well. It was agreed that the time extension will allow the community to solidify and subsequently execute plans befitting of a host community. In a two-hour live special, poetic selections from author John Robert Lee will be expressed through painting, dance and singing. Local poets including KendelHippolyte and Robert Lee himself are expected to read from the acclaimed Saint Lucian poet’s extensive repertoire, spanning 40 years of masterful writing. Poetry Live will be aired on the National Television Network (NTN) on April 25th from 7:00 p.m.

Like the televised poetry spectacular, into its 2nd year, the Cultural Icon Series, conceptualised as an inspirational project whose aim is to pay tribute to Saint Lucian icons, and share their histories, stories, experiences and work is scheduled for May 1st at the National Cultural Centre from 7:30 p.m. This year, the tribute will chronicle “Four Decades of Dance”, the journey of dance pioneer, Julienne Virginia Alexander. The recognition takes the form of a concert which will feature an amazing cast of dancers and choreographers who have been influenced by and stand in gratitude to the vision of “Auntie Virgie” as she was affectionately known. The star cast includes Carlton Ishmael, Mellisa Reynolds, Tania Isaac, Shakeena President-Beckford and Darcel Frederick. The production is choreographed by Trevor King, Barry George and Shem Heliodore.

The Artist Market slated for May 5th – 7th is being organised in collaboration with the Saint Lucia Jazz and Arts Festival and other partners, including the JQ and Baywalk Malls. For three (3) full days from 1:00 a.m. patrons will be awed by an eclectic showcase of arts and crafts indigenous to Saint Lucia in a village atmosphere between the two malls on the Rodney Bay strip. Saint Lucian designers will also be on hand with exquisite and fashionable jewellery.