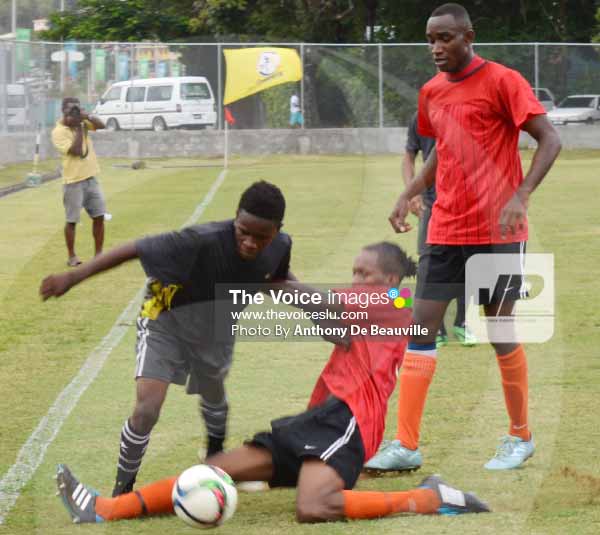 In Game 1, Micoud (Shakhar) took on Dennery (Chelsea). Micoud nosed ahead through a KervinAugustin strike in the 36th minute which proved to be the winning goal despite several scoring opportunities by Dennery up until the final whistle.

Next, Laborie (FC Bassel 1893) clashed with neighbours Choiseul (Barcelona). The two south western teams had one thing on their mind; a victory that would advance them for the first time into the Fantasy Cup semifinal, but they had to wait much longer as the encounter ended 0 – 0 after regulation time and went into the dreaded penalty shootout.

Home team Vieux Fort North (Arsenal) with their usual crowd support behind them took on Canaries (Bayer Leverkusen). The first half saw Canaries ahead with a goal from Captain Bradley Tisson in the 32nd minute to seize the advantage at the half time whistle.

On resumption Canaries doubled the score line when Antoine Wilfred strike in the 68th minute of play. Playing with a diehard attitude Vieux Fort North never gave up as they made several goal raids on the Canaries goal keeper Qunmi Jones but the score remained unchanged up to the end.

Meanwhile, on Saturday Marchand (Atletico) had to come from behind three times to beat La Clery (FA Porto) 4 -3.