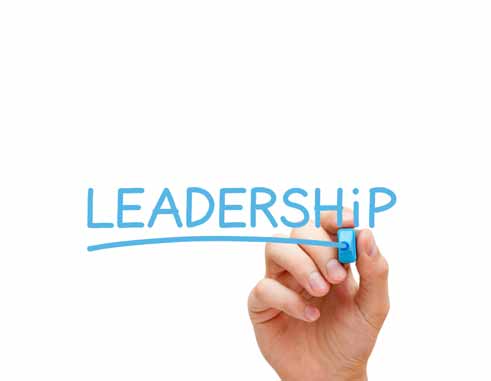 By Sons and Daughters

DEAR READERS,
We are very concerned about the deterioration in the quality of life in St. Lucia over the past few years. The calibre of some persons in high office leaves much to be desired. A small group of men and women who are passionate about putting our island on the right course with well thought out policies and programmes is all we really need: persons with character, and with experience in the working world. But we know they are afraid to come forward because of victimization and abuse from “hacks”.

The Prime Minister is a very smart individual, appointing a few well-known persons in key positions throughout his administration, whether on boards or committees; some of these people will be hesitant to speak out on bad policies or wrongdoing. Such an example is Dr Stephen King, who is a great worker and upright citizen on the island, but don’t you think after naming the National Hospital after his father, he would be very afraid to express himself openly?

Over the months, this Labour government has spent lots of money on advertisements against Allen Chastanet. Can the consultant who is behind these ads put his time and effort into helping the young creative talent in St. Lucia as he is paid to do? Or perhaps he could try to correct the Prime Minister’s course of action/inaction in many areas.

Some concerns are as follows:-
 150 million dollar highway instead of equipping our new hospital.
 Building a National Hospital with fewer beds than Victoria Hospital in a country with a growing population. Did you know this?
 The city of Castries is now looking like a slum, very dirty and with every sidewalk occupied by vendors. You do know this.
 The forensic lab is closed yet some employees are getting full pay. Can you believe this?
 Judicial system needs to be overhauled, but the government does nothing about it. This you know for sure.
 Selling our passports at a time where the world is trying to protect itself from evil people and organizations (ISIS, white collar criminals).
 Social programmes continue to be a myth in this country while our youth and single mothers, as the rest of us, bear the burden of being casualties of oppression and crime.
Victimization is the order of the day in our little Saint Lucia. So only the courageous speak out publicly.
These are just a sample of the doings of an inefficient, uncaring and heartless administration.

A great leader must have MORAL COURAGE – to pursue a course of action in the face of overwhelming criticism and great adversity; this kind of courage is in short supply in our Saint Lucia today. So far Mr. Chastanet has shown this kind of obstinate, persistent, self-reinforcing courage shown by Abraham Lincoln during the civil war and Winston Churchill during the lonely struggle against Hilter. Many see this in Chastanet and admire him for it.

Courage without JUDGEMENT is pointless and can be dangerous. What makes a person judge wisely? It is not intelligence or degrees as such. Clever people with enormously high IQ’s often show bad judgement. Being able to judge well is often linked to the ability to mix and learn from other people, not so much from experts but from the common people, those who lack the arrogance of power or the desire to show off their intelligence, but who nevertheless think deeply about life’s trials.
A sense of priority is neededin running a country or a business, when one is faced with countless problems, both huge and insignificant, and has to make decisions about all of them. It has little to do with doctorates, and this Labour administration has made so many wrong choices mostly for political gain, e.g. money spent on the Bruceville “highway” which is flanked by the PM’s constituents living in squalid housing and deplorable sanitation, instead of assisting these families with better living conditions, is just one of them.

The disposal and concentration of effort
Leaders must employ their time and energy wisely. Mr. Chastanet has worked tirelessly day and night over the past three years re-structuring the UWP. St. Lucia likewise needs a complete overhaul, a new mindset of ‘Love for Country’ – new ideas and people who do not depend on politics for their personal survival but rather work to develop this country for all the people.

Empathy
Leaders must be empathetic; they must feel compassionate towards the plight of the people and deal with their issues, not only chase after politically expedient ones.

We do not have to look far to see that Kenny Anthony and his Labour government have diminished this country in so many, many ways, and must not be given the opportunity to do even worse for another five years. Otherwise, where will we end up? No way!

Let us do our part for “Helen” by getting fully ready for the change and educating those short-sighted beneficiaries of Labour who conveniently do not understand the dangerous implications of letting our beloved St Lucia remain in the misguided hands of Kenny and Company Ltd.