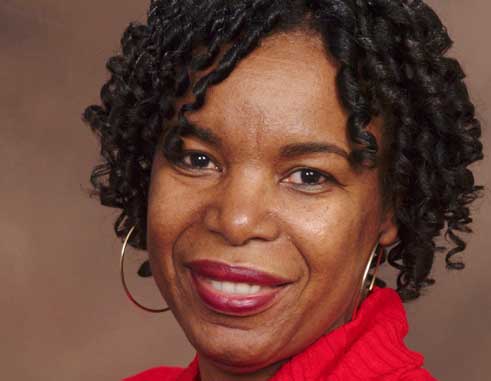 A MAJOR conference that is expected to raise the awareness of the prevalence of autism in St Lucia will be held today at the St Joseph’s Convent.

A study conducted three years ago showed that out of a school population of 39,804 children in St. Lucia, 253 students attended special education schools. Autism spectrum disorder (ASD) has been referred to as a growing epidemic worldwide suggesting that the 253 cases observed three years ago in St. Lucia may now be an underestimation.

ASD is a developmental disorder which affects the functioning of the brain. It is characterized by deficits in social communication, social interaction, stereotyped and repetitive behaviours, etc. The disorder may range from mild to severe in persons – thus the use of the term “spectrum”.

Saint Lucian Dr. Delia Samuel, who has been living in Minnesota for the last 12 years and has two children with autism said she is aware that many persons in St Lucia do not know about autism and thought it necessary that they become aware of this disorder and know how to manage it in the community.

She told THE VOICE: “Parents and caregivers who are faced with this issue of special needs experience feelings of doubt, confusion, guilt, anger and hopelessness. I know this because I am one such parent. My first born has autism and a speech and language impairment. My second son, has severe autism, is non-verbal, developmentally delayed, and has a rare chromosomal disorder as well as other medical needs.

“Caring for a child with special needs is not an easy task, but it is possible especially when parents and caregivers are blessed with a wealth of resources, assistance and support that would enable them to triumph over the great odds. Unfortunately, St. Lucia lacks the awareness and resources that persons need to effectively care for children with autism. Persons may not know about the disorder, its symptoms and how to treat such individuals”.

Dr. Samuel lamented that many persons with autism in St. Lucia were still subject to micro-aggression such as bullying and name-calling because of a lack of education and empathy.

She said: “In 2013, when I travelled with my sons for the first time and arrived at the airport terminal in St. Lucia, airport officials did not understand why I requested to have special assistance since evidently my sons were not disabled. ASD has been categorized as a disability simply because such individuals are unable to live a normal life because of their deficiencies.”

She said her goal for this first autism awareness conference in St. Lucia is to promote autism awareness in the community, emphasize the importance of early intervention, provide support and resources for families, identify the needs of families and educators dealing with such individuals and educate families, educators and persons in the community on strategies for managing behaviours of individuals with autism

Added Dr. Samuel: “My hope is that this will be the first of many conferences to be held annually in St. Lucia and will be instrumental in providing the assistance that families, caregivers and educators of these special ones need, including financial assistance, training, and rehabilitative and health care services, and that St. Lucian society will have a deeper awareness and appreciation for these challenged individuals”.

Today’s conference will feature a video clip on autism in St Lucia followed by perspectives on the disorder from doctors and local parents of stricken children, workshops and a panel discussion.

Some 300 persons are expected to attend the conference, including parents of children with autism, educators and community persons like the police, insurance agents, airport workers, firemen…anyone who would like to know more about this disorder.

Dr. Kim Gardner, pediatrician and director of the Child Development and Guidance Centre, a registered non profit organization started in 1997 to ensure that children with disabilities receive all the necessary support and help they require to enable them to achieve their full potential and become contributing members of society, will deliver a Saint Lucia perspective on autism.