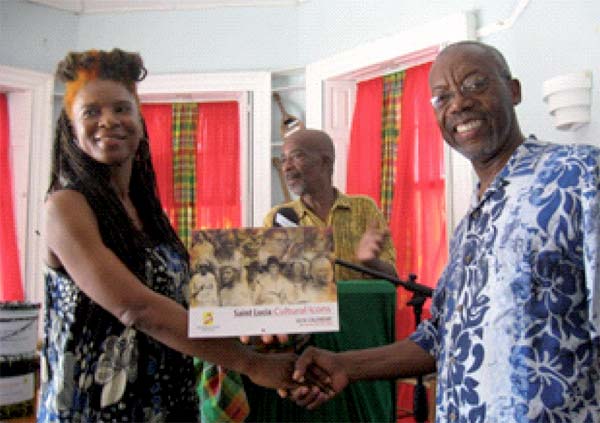 At its Annual General Meeting (AGM) held earlier this month, members of the FRC elected a new Board of Directors for the biennial 2015 to 2017. The new Directors are: Dr.Joycelyne Fletcher; Laurine Louis; Shirley Ann Edward; Juliana Prospere; Floreta Nicholas; Sylvester Dickson; Hubert James and Leslie Charles

The ninth Director Monsignor Dr. Patrick Anthony is a founding Director of the FRC and is not elected. Leslie Charles, who is the outgoing chairman of the Board of Directors was retained as an ex-officio member of the Board for purposes of continuity.

Following the election of the new Board, Ms. Nicholas was elected chairperson at a meeting last Wednesday, becoming the first woman to hold that position.

Ms. Nicholas is expected to bring her knowledge and experience to bear in the furtherance of the objectives of the FRC. The Deputy Chairman is Mr. Sylvester Dickson, a retired civil servant who worked in the Ministry of Finance. He is also a Credit Union expert.