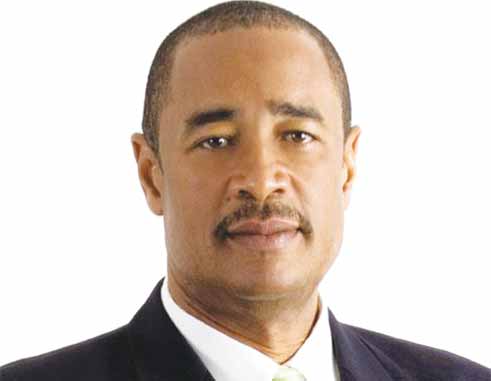 A few weeks ago I wrote in a weekly article, the following comment on a report done by ECLAC on the economy of Antigua and Barbuda. ‘’ I recently read a report which suggested that Antigua has the fastest growing economy in the Caribbean. It was based on an ECLAC report which was projecting a growth of 5.4 % for Antigua and Barbuda. The IMF had their projection set at 2.1%. Every morning I spend some time reading all the regional newspapers, so I am fairly acquainted with the happenings in most Caribbean States. My reading of that statement by ECLAC only confirmed my suspicion that we have economists at these institutions who are completely out of touch with reality.

“I met a good friend of mine who commented on this report and juxtaposed the economic growth of St Lucia to make the point that we have slipped along the way. I vehemently disagreed and advised the individual that the projections by these economists are based on projects that have not started’’

It was with great concern that I read this week, that ECLAC has revised their economic growth projections for Antigua and Barbuda from 5.4 % to 2.0%. This is a huge error!!. It must raise some concern within that institution that such poor forecasting could have been made. It is clear that the institution was basing their projection of inflated statistics and information from the government departments in Antigua and Barbuda and did not do any due diligence on the data.

During my stint as Chief Engineer, I had to interface with the economists at the Ministry of Economic Planning and in the process met many of the young economists in that Department who are still good friends some 26 years later. This Ministry of Economic Planning under the stewardship of my dear friend Ausbertd’Auvergne, reached levels of professionalism unseen to date in any Ministry.Ausbert set a high standard of professionalism, leading by example by getting to work before 7:00 a.m., and demanding quality work from his staff; those were indeed the ‘glory days’ of the Public Service.

Many of these economists who worked in that department in the early 90’s have gone on to distinguish themselves in other areas of endeavour. I speak of RoddySoomer, who is now the CEO of the Caribbean Development Fund in Barbados, Jacqueline Emmanuel Flood who built the OPSR Unit, Vincent Peter, Peter Lansiquot who is now at Caricom, Brian Louisy now at the Chamber of Commerce, AvrilBoxhill, and had there not been the unfortunate murder of Marcia Jules, she also would be still making an outstanding contribution.

Yet despite all these fine minds in the field of economics, why are we in the Caribbean still the most indebted countries in the world, struggling to create economic growth. Have our economists failed us.? I always poke some fun at my economist friends by saying that despite the problems in engineering, we still do not have significant structural failures in the Caribbean. I still have serious concerns about the future of the engineering profession, more so related to the greed and corruption that has infiltrated as against the technical incompetence. It is indeed heart wrenching to hear of the total dissipation of ethical conduct by some of my fellow engineers in St Lucia. Both the Association of Professional Engineers and the Engineering Registration Board must take steps to arrest this sharp decline, and move swiftly to remove some of the bad ‘golden apples’ in our midst.

I believe that our Caribbean economists have not looked at the complexities of the economies of small island states and have at times regurgitated concepts applicable to the large western societies. After billions of losses over the last 30 years due to storm events, the debate on segregating these effects on our economies has just started. How many research papers can be found either at the ECCB or at UWI that have looked at the effect of these storm events on our economies. While there are examples of poor decisions made by Ministers of Finance in the various OECS states, these are very few. The primary reason for the indebtedness of OECS States lies in the effect of storm events in the last 30 years. If you were to somehow redo the numbers by placing back the losses St. Lucia has suffered due to its vulnerability to storm events, we would have been an extremely strong economy.

The Ministry of Finance must immediately begin to segregate vulnerability from economic analysis. We cannot continue this commingling of economic data. We have to show the effect of vulnerability to make the case for remaining in the zone to receive low cost loans from the funding agencies and to say that this graduation cannot be in the context of high vulnerability of our economic assets. So while I highly regard the economists of the Caribbean, I would say they have failed us in part.