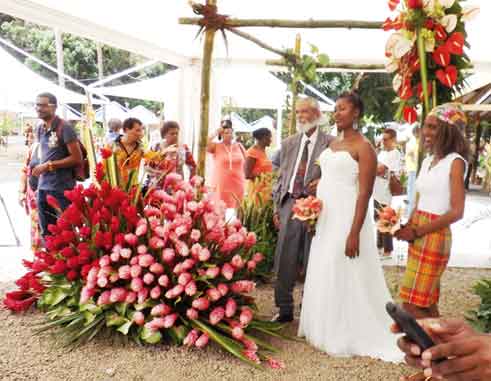 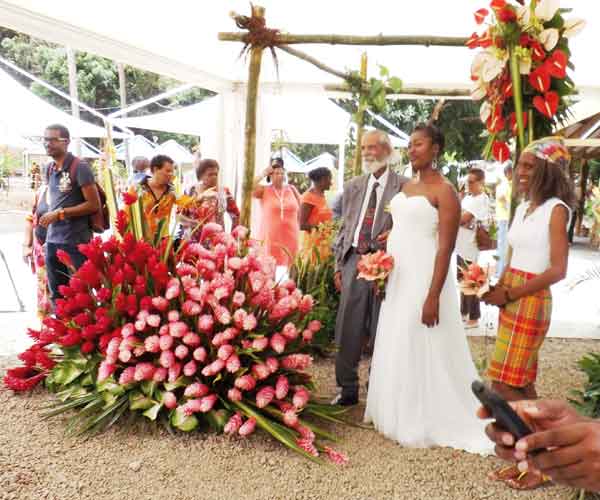 THE Saint Lucia delegation of ten people, most of whom were members of the Saint Lucian Floral Co-operative Society Ltd. recently took part in a week-long event in the city of Trois IIets, Martinique.

This initiative is being spearheaded by our sister island of Martinique through M. Arnaud Rene-Corail, Mayor of Trois IIets. The beautiful and historical setting in the city where the event took place, was a horticultural park, formerly part of “Imperatice Josephine” (Empress Josephine) domain. There is a Saint Lucian connection with Empress Josephine, as it is claimed that she was born at Paix Bouche, Babonneau. Further, the fact that the event was under the patronage of Emma Monplasir who formally opened it, provided another significant Saint Lucia connection, as she is the aunt-in-law of Kenneth Mon-plasir, renowned Saint Lucian Queen’s Council.

The event came a long way towards meeting its principal objectives of implementing regional and international events in the field of horticulture; dissemination of information related to this sector by exhibitions, contests, movies, etc and the creation of a Caribbean network in the horticultural industry. Pre-miered at the event was a 45 minute film on the current status and possibilities for the floral industry in the region. 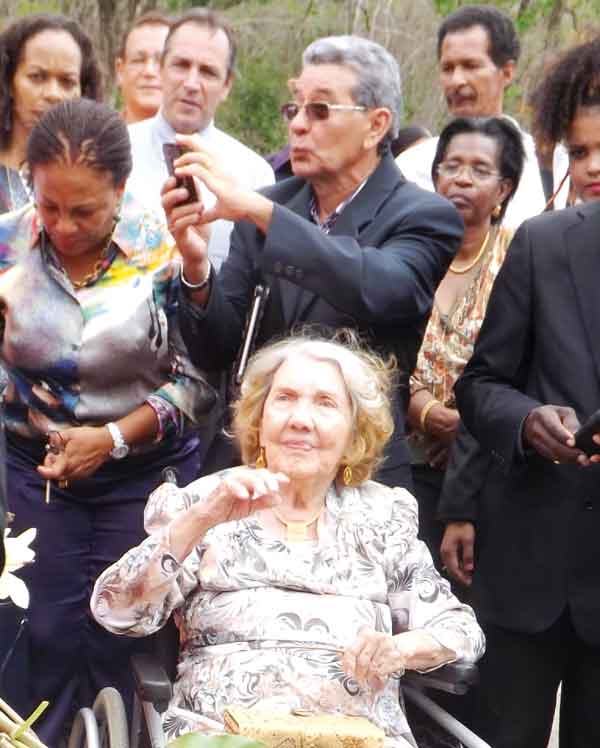 The hallmark of the event was the creativity depicted by the various delegations in the use of indige-nously grown flowers. The objective of the Saint Lucian contingent was to highlight Saint Lucia as the leading wedding and honeymoon destination, in the Caribbean. Whereas the Pitons usually form a backdrop to the wedding settings and photos, in this arrangement red and pink ginger lilies were used in the foreground to depict the Pitons with a bamboo wedding arch in the background.

The Saint Lucian team brought some degree of authenticity to the display with the inclusion of a mock wedding. The couple had their maid of honour as well as the usual black cake. The Best Flowery Hat Competition which showed the ingenious creativity of the designers, was another event in which Saint Lucia took part.

Given that Saint Lucia’s presentation was judged as part of the overseas delegation category and was one of three finalists, coming second to Guadeloupe, the Saint Lucian delegation agreed that the winner epito-mized the creative, out of the box, “avant garde,” use of local flora.

At the Seminar the Saint Lucian delegation fully supported the principal thrust of the programme of branding the region as a Caribbean Bouquet, where the emphasis is the creative use of the Caribbean flora. The delegation indicated that whereas the local industry is growing, it too is being affected by the increasing use of imported cut flowers. However in Saint Lucia, the availability of a tissue culture facility and the initiative to green the Saint Lucian floral industry’ through a UN Global Environmental Fund (GEF) pilot project, can only have positive impacts for the sustainable growth of the industry.