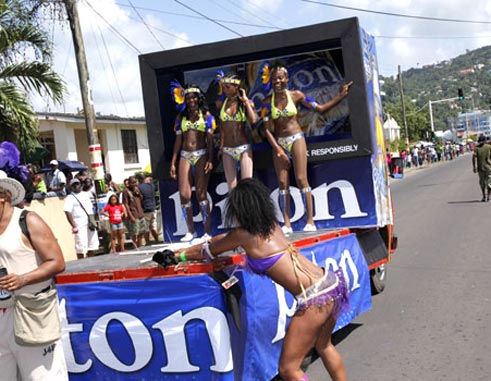 GENERALLY, all the elements of Carnival seem to suggest that we should all surrender our inhibitions and simply take in the sights and sounds of the pageantry of the season. After all, the level of fun and excitement being advertised for the various Carnival-related events far exceed the rigours of earning a daily bread.

Undoubtedly, the season does have its plusses: economic activity spurred from the organizing of events and the ancillary services to support such events. In fact, many parents can attest to the Carnival season actually being responsible for school clothes and books being bought early enough – way before the opening of the new school year.

Even some business-places, especially the sponsors of Carnival, confess that their sales are amped up way above the music during this time of year. Many actually say that their sales during the season surpass that of the Christmas season.

Notwithstanding all these plusses, there needs to be a balancing act with the manner in which people behave during this time of year. Many still forego stringent warnings against drinking irresponsibly by imbibing way more than they can handle. Sadly, alcohol consumption by those who cannot understand or recognize their limits can lead to vehicular accidents and unnecessary quarrels. Quite often, such situations result in the loss of life.

There must be a better way to enjoy the Carnival season without looking back at the mess created by over-drinkers. There should also be a stronger slogan than the “Drink Responsibly” one still being used year in, year out by purveyors of alcoholic beverages here. There really needs to be a more serious effort to drive the point home, especially to drivers who sometimes end up dead after falling prey to the season of reckless abandon. No more one for the road, people.

One way in which that can happen is by organizers of Carnival placing a few posters along the Carnival route as well as within the events being hosted during the season. Sometimes people need real-time reminders at these events rather than just going with the flow of the television ads they saw at home.

With this year’s Carnival season coming to a close next Tuesday with the Parade of the Bands, the onus is on all revellers, artistes, organizers, patrons – everyone – to truly be responsible by displaying a high sense of responsibility, especially as it pertains to their behaviours.

The Carnival season already has quite a few negatives stacked against it. It should at least end on a high and positive note without people having to lose their lives, limbs and reputations all for the sake of drinking more alcoholic beverage than they can handle.