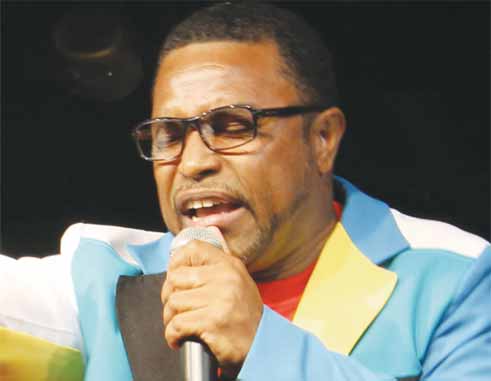 ON Wednesday Hot Button Issue’ s guest was 2015 calypso monarch King Walleigh. The discussion motivated me to pen this piece.

When host Timothy Poleon asked the three-time kaiso monarch whether calpyso was dying, he did not hesitate to respond candidly: “They are trying to kill it, it ain’t dying”. That was the answer that I was bawling out as well in front of the TV screen. So let’s pretend that the “they” herein referred to are phantoms, but the reality is, our airwaves, our DJs play more obscene and filthy content than they would play Lucian kaiso.

St. Lucian radio stations have adopted the MO of playing our kaiso mostly during the season, as if an endorsement that this is when it is most relevant. Like King Walleigh contended this is a brainwashed mentality. Our calypso is a library of our stories, and our musical storytellers must be permitted the avenues available to commune with their communities. The preference to promoting the foreign and local musical excrement should never be given privilege over our qualitative creative local production. After all, how do we express ‘de true St. Lucian spirit’, hopefully not merely by consuming Bounty Rum. It is far more significant to be hearing King Walleigh’s “Invoke de Lucian Spirit”, “TjennKweyolVivan”, “Koudmen”, than Bounty Killer, Buju and all the bunch of music whose purpose is to promote evil and demote national pride and consciousness. In the introduction to his book KAISO AND SOCIETY, Hollis Urban Lester Liverpool (the great Chalkdust), penned the words of Kelvin Pope – Mighty Duke:

What is calypso? …
It is a feeling which comes from deep within
A tale of joy or one of suffering.
It’s an editorial in song
Of the life that we undergo,
That and only that, I know
Is true calypso.

The calypsonian is rooted in our historical narrative, as Chalkdust observed “following the tracks of the chantwel”, therefore it is not going to be easy to kill them or it. We need an awakening in our media establishment, to use the communicative avenues to give lucid expression to US, not the United States but ourselves. Dr. Hilliard made this poignant observation: “If there is a major illness among African Americans (I want to say specifically St. Lucian) people it is that we unceasingly honour and utilize our culture less. All great nations and people do the opposite.” So those who plot calypso’s demise and others who unconsciously participate know that – “poulkagwatetelman, i touvezomanman’y.”

Yes, indeed, after all these years calypso organization and management continue to experience challenges; it is not true that there is degradation. This year’s finals, amidst the obstacles, was a very good one, although we may not want to use the superlative degree here. I witnessed calypsonians in competitive mood, investing their creativity and energy to satisfy the audience. When Qpid opened with “Criminal Victim” I heard the chit chat “and dey say de calypso ain ready”. Ti Carro didn’t make it any easier for the non believers “Kwapo” – wow, I like! The theatre was alive. Some will propagate that things could have been better, that’s true but this effort must be applauded in the context of the struggle to preserve our cultural expression.

Every time a government reconstitute ministries it reveals a particular inclination and direction of the administration. The St. Lucia Labour Party administration demonstrated that through the creation of the Creative Industries wing of the Ministry some shift in focus was mandatory. It is relevant for this infrastructure to work towards putting the best possible framework to help avoid calypso’s seeming perennial ailment. We must invest the time and resources to set the best conditions for calypso’s continued growth and development. I think it is partly this lack of thrust and commensurate undertakings that have effected this brilliant observation in Minelle’s rendition: “In dis country, what you see is not what you see. You cyan trust de best in society, cause everybody fooling everybody”.

I would like to think that the creation of the Ministry of Creative Industries is not another device of gimmickry but a genuine paradigm shift to elevate our creative and cultural engagements to respectable and progressive altitude worthy of our St. Lucian spirit.

Now we need consistency in the publication of the Folk Research Centre’s calypso magazine, LUCIAN KAISO. In the 1992 edition it was clearly stated “LUCIAN KAISO” will be published annually. I thought the new technologies would make it a little easier – perhaps.

In conclusion, I give thanks to the creative principle for the life, energy and contribution of ALL participants in the kingdom of calypso and may calypso and our dedicated calypsonians live long.

Congrats Walleigh, one of my favourite calypsonians.