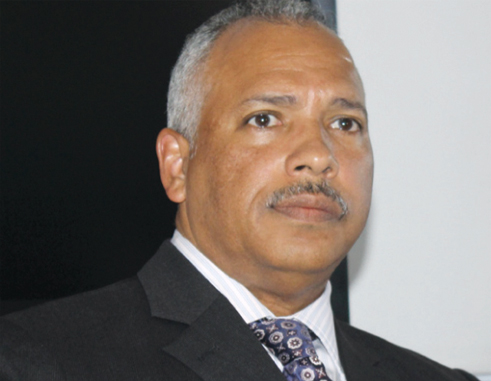 We applaud Speaker of The House of Assembly Peter Foster for publicly apologizing to the people of St Lucia for his part in the recent verbal confrontation with Opposition Member Guy Joseph during a sitting.

It’s been quite a while since we have heard this kind of public acknowledgment of having erred by a public official in St Lucia, accompanied by an apology. Mr. Foster has shown maturity, as a man who is not afraid to admit his mistakes. That, in our estimation, is deserving of commendation. It would have been a good thing if the other party to the July 7 incident in the House had done likewise.

Reading Foster’s statement made in the House of Tuesday, one would be tempted to describe the incident as a blessing in disguise. We would, however, prefer to describe it as a wake up call for the entire parliament, both Houses. Foster may have had a reorientation of sorts about his role as Speaker and the tremendous responsibility that he has to ensure that the Chamber that he presides over functions with order and decorum. If that was the case then, that exercise ought to make him a better Speaker from here on.

Of late, and especially in this present House of Assembly, the behaviour practised by members has been lacking in respect and dignity compounded by the failure of the Speaker to consistently apply the rules and standing orders in a manner that is fair to all. It cannot be fair when it is obvious that one side is allowed to employ an agenda that sets out to interrupt and disrupt speakers on the other side without being upbraided by the Speaker.

It goes without saying that the people of St Lucia, having observed the recent debacle in the House, will be following future proceedings with new interest. Foster is correct when he says it is vital that parliamentarians carry out their functions with respect for themselves, other members, the chair and the people that they represent. We look forward to the Speaker taking steps to ensure that every single Member of the House, from the Prime Minister down begins to treat each other “fairly, with respect and dignity”.

We are particularly concerned with the personal attacks by members, one against the other, the derogatory and insulting remarks being hurled around the chamber and the tendency to make accusations about people who are not even members of parliament. It is nothing but cowardice for members to hide under the protection of the privilege afforded them by virtue of being members of parliament and make allegations about others that they would not dare to make elsewhere in public for fear of legal action. It was never intended that a house of parliament should provide cover for this kind of activity that strips it of its dignity and the “honourable” tag that describes its character.

So yes, all of this constitutes a wake up call for all concerned. It is our sincere hope that a new era in parliamentary procedure and practice is about to unfold in our country.