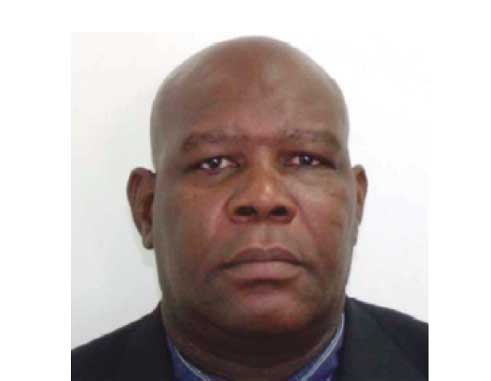 Over the past eight years, I have been writing a weekly column for the Business Authority—an offshoot of the Barbados Nation Publishing Company—that addresses mostly regional and international issues and their implications for businesses in particular and Caribbean economies in general. These columns represent my token contribution to public education and public discourse on important financial and economic matters that affect all of us in the region.

Owing to the dearth of public discourse on issues of the day, I have decided to extend my public education campaign to other OECS and Caribbean countries with contributions that initially will address several areas of concern pertaining to behavioural patterns in our vital financial and banking system. Upfront, let me take this opportunity to thank THE VOICE for granting me the space to freely express my views in the spirit of good journalistic practices.

This week’s contribution will highlight the risk of over-indebtedness and the consequences of irresponsible borrowing from irresponsible lenders. To put things into proper context, let us briefly zero in on a basic building block of economics: the forces of demand and supply. These forces, even where not immediately visible, do exist and combine to determine market outcomes. On the demand side are consumers who express their willingness and ability to buy goods and services on a regular basis. Producers, on the other hand, create and sell goods and services in the market place. These producers make up the supply side.

When demand and supply, or the wants of consumers and the output of producers coincide, the result is efficient market outcomes. Otherwise, markets are left in disequilibria, with either demand being greater than supply, or conversely, supply exceeding demand. In short, the behavior of both demanders and suppliers in any market will ultimately determine efficiency levels in terms of both prices and quantities of goods and services exchanged.

In financial markets, efficient outcomes require, among other things, appropriate conduct on the part of both borrowers (representing the demand side) and lenders (capturing the supply side). It should therefore come as no surprise that in light of the dire economic challenges confronting small economies in the OECS, some commentators, including lenders have expressed serious concerns about the impact of rising personal debt levels among the people of the sub-region.

In some recent oral exchanges with senior management, one lender, Axcel Finance, a microfinance institution that operates in Barbados as well as other OECS countries including Grenada, and St. Lucia confirm that they are noticing a trend of increasing levels of indebtedness by many persons applying for loans. Axcel reports an over 16% increase in what it categorises as “high over-indebtedness risk”—a measure based on debt-to-income ratios. High indebtedness risk means that a large percentage of a person’s income is being used to service debt—a situation that is clearly unsustainable.

Further, on the supply side, this writer was reliably informed that many people are accessing simultaneous loans from different institutions, resulting in high debt-to-income ratios for these individuals, thus putting them at higher risks for serious financial burden if not financial disaster. Incurring debts beyond 30-40% of total income can place a borrower at relatively high risk of financial stress as the individual is most likely to have insufficient money to pay for unexpected events, such as illness, a slowdown in orders/work for retailers/contractors, or even sudden death in his family.

Perhaps we need to consider the role financial institutions ought to play other than disbursing loans to their customers. It was therefore surprising to notice a company such as Axcel Finance implementing a comprehensive client education component whereby they counsel clients on how to manage a balanced budget. They went a step further and introduced the use of social media to advance financial literacy and promote prudent borrowing and spending.

With some institutions so focused on their bottom line and short term financial gains, it is refreshing to see a new model of a double bottom line—managing a sustainable and viable financial performance while ensuring a positive social impact.

On the supply side, many of us are concerned that we may be witnessing a phenomenon in which some quick loan companies are changing the optics of their loans by extending the maturity period and thus lowering the monthly repayments. While such actions may appear beneficial to both borrowers and lenders in the short term, it is possible that the long run consequences could be harmful. Corporate Social Responsibility demands that lending institutions exercise extreme care.

Just in case you are having difficulty understanding the basic message of this column, please bear this in mind: recent debt statistics on the United States indicate that the average American household’s credit card debt stands at USD $15,480. In total, American consumers owe $11.74 trillion in debt, an increase of 5% from last year when the figure was $872.2 billion in credit card debt.

My friends, the moral of the story is simple: both borrowers and lenders have to alter their behaviour in order to ensure the smooth functioning of the financial system in the OECS and wider Caribbean. Irresponsible action on either or both sides can prove disastrous for all of us in the medium to long term. At this stage in the recovery, our society can ill afford greater financial costs. We must, therefore, strive to avoid falling under the burden of personal debt. In some sense, borrowers must save vulnerable consumers from themselves. Otherwise, too late shall be the cry!

(Brian Michael Francis is a Senior Lecturer in the Department of Economics at the University of the West Indies. He has served as an economist with the Eastern Caribbean Central Bank, Research Assistant with the Inter-American Institute for Cooperation on Agriculture (IICA), and a Senior Research Officer in the Ministry of Tourism in Barbados, in addition to the Board of Directors of various local, regional and international organizations including the Caribbean Development Bank, the Eastern Caribbean Central Bank Monetary Council, The International Monetary Fund, and the World Bank. Widely published, he has written scholarly articles in various regional and international journals including the International Trade Journal, the Journal of Public Sector Policy Analysis, Energy Economics, the Journal of Eastern Caribbean Studies, and the West African Journal of Monetary and Economic Integration. Dr. Francis holds a doctoral degree in Economics from the University of Florida, with a specialization in International Trade and Economic Development. He also holds a Master of Science degree in Development Finance from the University of London and a Bachelor of Science degree in Economics from the University of the West Indies’ Cave Hill Campus.)