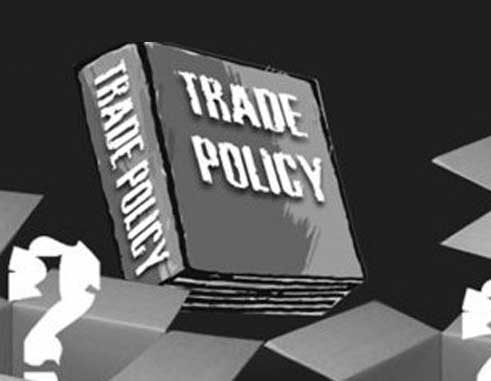 TRADE policy may no longer dominate the front pages of newspapers worldwide, but it’s still a foremost factor that can make or break a nation’s foreign policy vision.

In most industrialized and emerging economies, the preponderance of trade issues in foreign relations remains overwhelming, as political tools are used to obtain economic benefits, and foreign policy incorporates the economic aspirations of a country. Increasingly, as issues entailing “balance of payments” and “terms of trade” invoke the concerns of citizens, trade policy has begun to move with the times.

To be sure, complications in foreign policy are likely to arise from conflict over trade policy. When countries use trade as a weapon of foreign policy, retaliatory trade warfare often ensues, and as we witnessed in the skirmish between Mexico and the US in 2009, trade disputes may be serious enough to undermine free trade agreements.

Over 40 years ago, the economist Thomas Schelling observed, “Broadly defined to include investment, shipping, tourism, and the management of enterprises, trade is what most of international relations are about. For that reason trade policy is national security policy.”

Today every country wants to protect its trade interests in the face of changing rules and regulations and against the backdrop of trade liberalization, suffice it to say that economic interests have always been one of the most important elements of foreign policy. But as any good student of international relations will tell you, when all the options are bad the usual rules of good foreign policy making still apply: identify the national interests that are at stake, specify the objectives that serve those interests, and design a strategy to advance those objectives (along with tactics to implement the strategy).

Nowadays, national interests mostly boil down to trade benefits and economic advantages as foreign trade can be a powerful tool in alleviating poverty and boosting development. Since issues of trade policy impinge on growth, productivity and stability, one of the goals of a modern foreign policy is to establish a country that could sell its products in the world market, thus necessitating the close co-operation between foreign and trade ministries.

At any rate, good foreign policy has a significant impact on trade growth, which is very closely linked to GDP growth. After all, prosperity is the principal means by which countries measure and exercise economic power. In today’s globalizing world, the significance of economic relations in foreign policy has increased even more, and the success of specific foreign policies is now measured by their economic impact.

In 2008, for example, foreign demand supported 25% of jobs in Germany, up from around 16% in 1995, according to the OECD. When measured in terms of volume, tradeis still growing faster than the worldeconomy. Although global trade grew by only 2.8% in 2012 and by 3.2% in 2013, in the two decades up to the financial crisis, cross-border trade in goods and services grew at a sizzling 7% a year on average, much faster than global GDP. In poorer parts of Asia the size of the middle classes has increased sevenfold since the turn of the millennium. In Latin America it has doubled. This is mostly attributable to the impact of trade.

What I think is interesting however, is the increasing convergence of foreign policy and trade policy. For instance, Germany’s foreign policy is based mostly on a strategy of export promotion while China’s is pure mercantilism. Seeking to maintain its export dominance, China is engaged in a two-pronged effort: fighting protectionism among its trade partners and holding down the value of its currency. An undervalued currency keeps a country’s exports inexpensive in foreign markets while making imports expensive. That makes a trade surplus more likely, reducing unemployment for that country while increasing unemployment in its trading partners. Signifying the importance of currency policy in trade matters, the Swiss National Bank has said that it remains ready to intervene in foreign exchange markets to secure a competitive advantage in export markets – a scenario called “beggar-thy-neighbour policy” in econospeak. Arguably, US foreign policy has generally been about promoting commercial self-interest and free markets. As many economists will attest, global trade hasn’t only helped support global development, but has also facilitated the projection of American values on the global stage.

Critically, we have observed four recent major economic trends that have changed how developing countries can use trade to facilitate their development. These trends are the economic rise of developing economies, the growing integration of global production through supply chains, the higher prices for agricultural goods and natural resources, and the increasing interdependence of the world economy.

In an era of globalization and realpolitik (politics based on practical objectives rather than on ideals), foreign policy will almost always be used as an instrument to increase trade and investment especially as more emerging economies are likely to become more dependent on global trade. Ushered in with this new era are dynamic trends toward regionalism, most favoured nation agreements, the proliferation of trade agreements and the resulting emergence of competing trade blocs that are taking us by storm.

Not surprisingly, economic diplomacy is fast replacing political diplomacy, where networks of diplomatic missions abroad are utilized to build export alliances and trade sourcing form an integral part of the economic and commercial sections of embassies. Further, economic officers and trade negotiators constitute a large proportion of embassy staff helping to secure deals or negotiate trade laws.
Invariably, the promotion of trade issues and economic ties continue to dominate the agenda of foreign leaders on state visits.Behind the diplomatic protocol, entourages and delegations made up from trade organizations, entrepreneurs and business leaders accompany the visiting heads of state, offering an opportunity to network and develop economic, cultural and social links with industry leaders. What eventuates from these state visits (they are really and truly trade missions in disguise) is the signing of trade agreements and contracts which form part of so-called comprehensive strategic partnerships between the countries.

Thankfully, the establishment of the World Trade Organization (WTO) and other developments in international law have liberalized and greatly reduced the barriers to international trade, thus increasing its volume and importance. The integration of China and the former Soviet bloc into the world economy have been among the most dramatic economic developments of recent decades.

Unfortunately (fortunately for some) since the collapse of the Doha Round negotiations in 2008 and the contamination of the WTO process by international politics, more countries have now diverted their negotiating energies into bilateral free-trade agreements (FTAs). However, despite all the challenges and vicissitudes of global trade, I believe that the conclusion of the Doha Round would provide a strong foundation for trade in the future, and a powerful stimulus in today’s slow growth environment. In the meantime, let enlightened self-interest prevail in foreign policy as international trade ought not to be a zero-sum game.