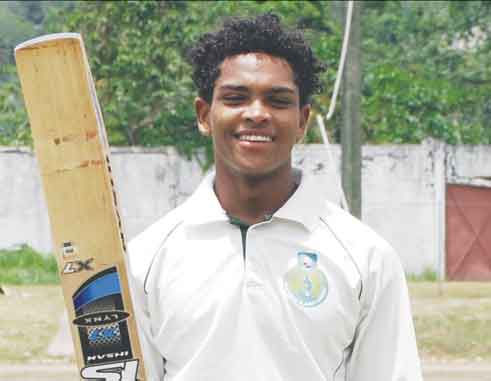 At the Gros Islet Playing Field, an 11 wicket haul by Gros Islet’s captain Larry Edward, propeled them into the semi-finals of the tournament verses Laborie.

For Gros Islet, the main wicket takers were Larry Edward who picked up 5 for 31 in 9.2 overs, and Millan David 2 for 7 in 3 overs.

In reply, Gros Islet was dismissed for 163 in 40.2 overs, conceding a lead of 22. Vernillius Gabriel led the scoring with 48 not out, Dwight Thomas scored 31, Selwyn Boyce 25 and Larry Edward 19.

Laborie batting a second time was bowled out for 72 in 26.1 overs, with Shervin George (22), the only batsman to reach double figures. Doing the damage for Gros Islet were Larry Edward with stand out figures of 6 for 25 in 11 overs, and Selwyn Boyce 3 for 16 in 17.1 overs.

Set a victory target of 95 and a place in the semifinals, Gros Islet easily got there, finishing on 96 for 3 in 14.3 overs, with Dwight Thomas contributing 32 not out, KimaniMelius 22 and Larry Edward 13 not out.

In other matches played at Dennery, Mabouya Valley won on first innings over Choiseul. batting first Mabouya Valley scored 268 with Rick Velinor top scoring with 71. Choiseul in reply scored 177. Batting a second time Mabouya Valley piled up 344 with centuries from DishornRamphal 112 not out and Leon Polius (103).

Soufriere in their first innings scored 294 with Keither Prosper cracking 120, and TenecyHippolyte 54.

Meanwhile, the semifinals are scheduled for this coming weekend and it looks like this : At the Gros Islet Playing Field, Gros Islet will play Soufriere and at the Mindoo Phillip Park Central Castries will be against Mabouya Valley. Both matches will bowl off from 10.00 a.m.