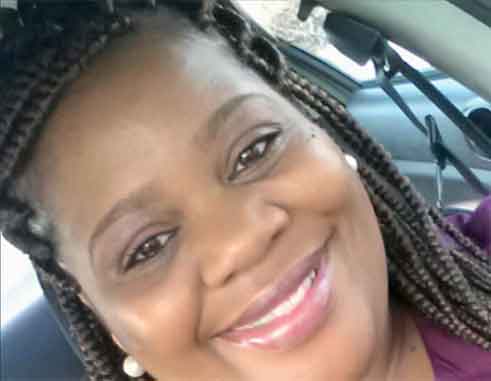 AUGUSTA, GEORGIA: A Georgia mom’s tough-love tactic for disciplining her teen son after he broke his weeknight curfew, has landed her time in jail — and her arrest has set off a debate about a parent’s right to discipline her child and when punishment crosses the line into abuse.

Last week, Antonia Folsom, a 34-year-old mother of four from Augusta, Ga., locked her 13-year-old son out of their house after he came home 15 minutes past his 9:00 p.m. curfew, according to an incident report cited by the Athens Banner-Herald.

The teen knocked on the door to be allowed in, but Folsom allegedly told him she was tired of his breaking curfew and made him sleep outside on a concrete patio, reports Augusta’s News Channel WJBF. His 15-year-old brother gave him a blanket and pillow.

The next morning, she reportedly told her 15-year-old not to let the younger son in the house after she left for work. The 13-year-old later called the police, who approached Folsom about where her son was. She allegedly told them that she last saw him outside at 11:00 p.m. and told him to come in, but he left instead.

Police brought Folsom to the county jail, where she was booked on a charge of deprivation of a minor, a misdemeanour. She’s now out on bail, and her kids are in the custody of their grandmother.

News of her arrest ignited big support for Folsom from her community, who say she’s a “fantastic mother” to her four kids, according to WRDW. The 13-year-old has been in trouble with the law before, neighbours said, and the mom was simply trying to discipline him, reports WRDW in Augusta.

“When you have one that’s out of control and you’re trying to keep him from getting in trouble with the law or going out and committing a crime or either getting killed, you do everything you can and go out of your way to keep them safe,” Folsom’s sister, Gena Archer, told WRDW.

Meanwhile, Folsom has taken to social media to thank people for their support, saying that while she won’t discuss the details of her case, she “was wrongly charged” with leaving her 13-year-old son outside for breaking his curfew, according to a “Go Fund Me” page, set up to help pay her legal bills.

Folsom’s case raises questions about how far parents can take the “tough love” approach. “When it comes to discipline, a child should never be harmed or put in danger; that’s abuse,” Dr. Kenneth Ginsburg, professor of pediatrics at the University of Pennsylvania School of Medicine and author of Building Resilience in Children and Teens, tells Yahoo Parenting.

“But parents have a responsibility to jump in when a child’s safety is being compromised”, says Ginsburg. While not speaking about the Folsom case specifically, Ginsburg adds that, “it’s perfectly appropriate for a parent to set a curfew. When a child breaks it, the punishment should ideally be related to the curfew — like pushing it to an earlier time and explaining to a child that because he broke the later one, it was changed”, he says.

The right punishment should also consider whether it’s a one-time issue or repeated behaviour that needs to be addressed. “If a child’s behaviour is an isolated incident, showing some extra compassion could be in order,” Amy Morin, psychotherapist and author of “13 Things Mentally Strong People Don’t Do”, tells Yahoo Parenting. “If a child repeatedly breaks the rules, a little tough love may work better.”

Discipline shouldn’t be about humiliation or control. “The word ‘discipline’ means to teach, and being disciplined is supposed to show a child that privileges have to be earned, so they learn to become independent in safe ways,” says Ginsburg.

Figuring out what’s right and wrong when it comes to discipline isn’t easy, so parents should ask themselves certain questions, Sharon Silver, founder of Proactive Parenting, tells Yahoo Parenting. “Ask yourself, ‘what’s my goal, what do I want my child to learn as a result of this situation? Am I handling this in a way that will allow my child to truly hear me, or am I about to trigger a power struggle? Am I choosing a random punishment hoping that will teach him a lesson, or is there a creative way to teach him so he learns from the results of his actions?’”

How Folsom’s case will proceed remains to be seen, but she’s already received many messages of support on social media from people who feel she’s being wrongly punished for trying to teach her son a lesson. “I’d rather see a child learn their lesson to obey their parents this way than to end up in jail later because he never learned that actions have consequences,” one supporter wrote on her “Go Fund Me page”.