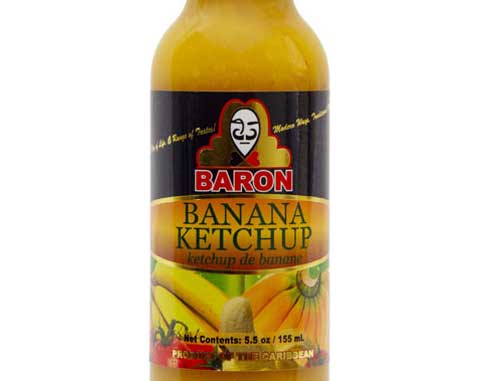 BARON Foods has announced another win at the International Superior Taste Award 2015 for its innovative Banana Ketchup product.

This Banana Ketchup product, was also recognized at the Top Innovations of Anuga 2013, Taste 13 competition.

Baron Foods has continually demarked itself by the quality of products it offers. Its Banana Ketchup was first launched a few years ago and has been recognized globally for its unique flavour profile. The company said this week that it was pleased that its Banana Ketchup had been granted a 2 Gold Star award which is classified as a “Remarkable” product with marks between 80% and 90% under the Superior Taste Award judging criteria

In addition to this, Baron Foods was once again the only company within the Caribbean region to have attained another award from the International Taste & Quality Institute (iTQi). In the previous year, Baron’s West Indian Hot Sauce was also the recipient of a Gold Star award from the iTQi.

Capturing this eminent award has allowed for the Baron brand name to be once again catapulted further into the international market arena. This achievement came as no surprise to the individual who spearheaded the operation, the company’s very own Managing Director, Mr. Ronald Ramjattan.

“Baron Foods is a name synonymous with innovation in the processed food industry,” said Ramjattan. “Our foodstuffs have been bringing Caribbean creativity to the rest of the world for decades and the most sophisticated thinking in delivering quality products to markets both regional and global, all of which is attributed to the hard work that is rendered when it comes to attention to detail in formulation and packaging.”

The company is export oriented and currently serves markets in the USA, Canada, Europe, Japan, Guyana and the entire English, French, Dutch and Spanish speaking islands of the Caribbean.