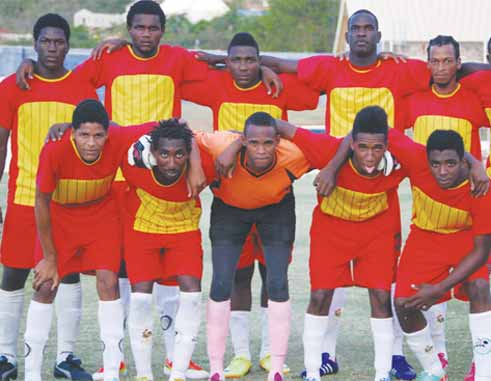 THE Anse la Raye Playing Field was alive on Wednesday for the play off to determine which team will secure the final spot heading into the semi final round of competition in the St.Lucia Football Association sponsored Vizions Entertainment / Michel’s Electrical Knock Out Tournament.

With a large crowd on hand supporting both teams, the atmosphere was electrifying, but it would be the boys from Soufriere who nosed ahead of their rivals Micoud 2 – 1.

The Micoudteam have themselves to blame for not taking full advantage of the numerous scoring opportunities offered to them in front of goal.

How the top four teams got there: Gros Islet 7 – 0 against Desruisseaux and 4 – 0 against Mabouya Valley.

According to the organizers, the match-ups and venues for the semi finals will be made public shortly.