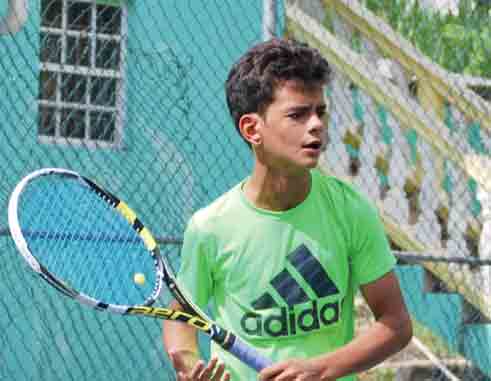 IT’S day 6 of the 3rd annual Tiger Tennis / Renwick Open currently taking place at the Kenneth “Wriggler” Multi Purpose Court in George V Park. The action continues with another series of matches on centre court today as the various players seeded in the championship look to position themselves into quarter final round.

In matches played thus far in the Boys 14s, Nicholas St. John defeated YadhuUrs 6-1,6-2. Nathan Francis and Aryan Gupta have put on a show with a tale of three sets. Start off with Francis dominating the first set quick and clean with a clinical 6-1 take away. The second set however saw Gupta fighting for everything and it paid dividends, as he took it 6-4. In the third set however Francis would return to form and dominate once again taking the third set and the match 6-1,4-6,6-2.

In the Women’s draw Meggan William had a walk over Roniya Daniel and Netanya Faissal defeated JonelAuguste.

In the Veterans category – that ended after 11.00 p.m. Manish Mahtani took on Anselm Mathurin in the much anticipated clash. In the end Mathurin nosed ahead in straight sets 6-3,6-1.