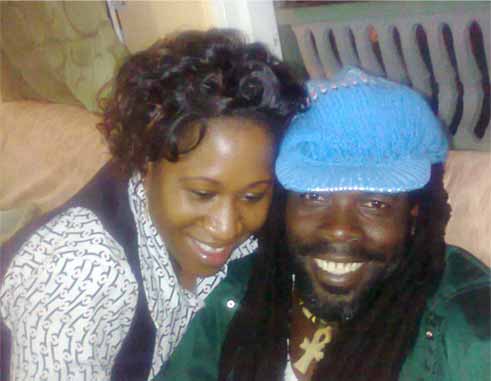 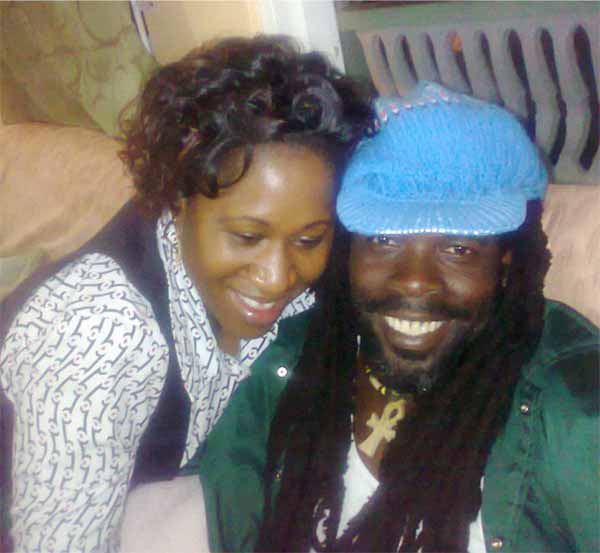 HOW can one survive the death of a soul mate?

Well if you believe in soul mates, this question is hopefully one that you will never have to face. Unfortunately for today’s Face In The Crowd, not only did she have to ask herself that question but she has been trying to survive such a loss for just over one year now.

Valarie Gaspard is a 39 year old mother of two who is known to her small circle of close friends and family as a quiet, passionate and maternal individual who is fiercely family oriented.

To Gaspard, family means everything however. On January 7 last year, she was dealt a blow that in her own words, she wouldn’t even wish for her worst enemy…she lost her husband of 19 years (Christopher St. Omer) to circumstances that are still mysterious to her.

Whilst warming up for the interview, there was a knock on the door from a worker who needed to do a wiring procedure on the house where she lives in Ciceron.He asking her to turn off the electricity through the main switch. Gaspard was a bit worried about turning the electricity off as she was unfamiliar with the fuse box and how it worked…it was something that her husband was an expert at.

It was at that point that her 18 year old daughter Chrissy walked in and said. “I wish Daddy was here to do this”. This showed a clear sign that St. Omer’s absence was still deeply felt.

Gaspard finally sat with The VOICE to talk us through the pain that she feels daily and had some sound advice for not only those going through similar situations but also for those lucky enough to have never experienced such a loss.

Warning: Get your hankies out because this one will be a tear jerker.

THE VOICE: Last year, you suffered one of the biggest losses that one could possibly face. Talk me through that tough time in your life…what happened?

Valarie: It was very early in the year…the 7th January to be exact. I went to the hospital because I had left him there the night before and arriving there that morning, I could hear him speaking to the doctors and nurses and then within a matter of minutes, I just did not hear his voice again. Prior to that he complained that his stomach… I remember it was New Year’s Eve, he told me that his stomach felt like a bowl of fire. He said something that freaked me out, he said “Baby, they got me!” I said “What are you talking about? What do you mean?” because it made no sense to me and you know, he did not go into details. In the evening, he said that it felt like something was eating away at him in his stomach like when you have severe acid stomach.

Anyway, I asked him to go to the doctor and he didn’t want to but two days later when he could no longer stand the pain, he said ok, take him to the doctor. At the time, I took him to three different doctors but all of them were off island for the holidays. I was told that the best thing to do since he was vomiting blood and everything was to take him to the hospital. That was Saturday the 3rd January. The Sunday, I took him to the hospital, they kept him there. They gave him drips and all and I left him there to go to work. I came back just after lunch time and the hospital was discharging him. I asked him whether the vomiting and bleeding had stopped and he said no, so I was wondering why they chose to send him home? This made no sense but anyway we went home and it was the same thing. That was the fourth day.

On the Monday I brought him back and it was the same thing. I left late that night and told him that I’d be back first thing in the morning. I told him that I loved him and assured him that everything would be ok. I remember asking him to sit up to kiss me and he did but then after, he lay back and turned his back to me. I was a bit upset but that was like ok, no matter what I’ll be there in the morning when you open your eyes.

The next morning I got to the hospital like minutes to five and I just had that feeling. I could hear him talking from the gate, because he had that loud powerful voice and at first the security wouldn’t allow me through although a nurse gave me the ok, and so I waited. When they allowed me in, the nurse met me halfway and asked if I was so and so and after I answered yes, she said that the doctor asked me to hold on for a while. I was trembling but I thought ok he’s going to be fine. One of the doctors then came out and told me that he has lots of fluid in his stomach. Again this made no sense to me because he was fine. She then said that she has to get back to him.

It didn’t take 10 minutes when I noticed two doctors coming out along with two nurses and they asked me to come along but I realised that they were not bringing me to him, they were taking me to their staff room. I was wondering, ok, what’s going on. At first they were going through their notes as if searching through to tell me what was wrong but anyway, when they finally told me that he didn’t make it, for a minute there I said no…he’s sleeping, this is not possible. The doctor said no, he’s not and that’s when I started to cry and scream…I was out of this world. They didn’t want me to go see him but a nurse allowed me to. I grabbed him and kissed him. His mouth was still foaming and it was grey and bitter but at that point in time, I kept on pulling him and screaming “let’s go home” but he was not responding. Let me tell you, this is not something that I would wish on my worse enemy.

THE VOICE: To all those who know you well, it was evident that Christopher was your “life”. Tell me about the happier times like how you two met etc.

Valarie: When I met him we were so young but I don’t know…we just connected. That was 19 years ago. He was like my best friend. Even at work, I’d have an issue and I’d come home and speak to him and life was just so…he was the kind of person that you could speak to about anything. He was my friend, a mentor, a lover and he was just so full of wisdom…I loved the way he just looked at life. To me he was just like a prophet (laughs) he would speak to me about certain things and like within two weeks they’d come true…he was just so full of life.

The Voice: How on earth did you manage to survive such a loss?

Valarie: To be honest, I’m still pulling through. I’m trusting in God because without God I don’t think I’d be able to go on…he’s my number one source of strength. Also my family they helped. It may sound strange but everyday I tell myself that he’s on vacation and he’s going to come back. (She breaks down in tears) I try to remember all the good times we had.

THE VOICE: People say that time heals all wounds and that over time, grief of such magnitude gets easier to bear…after one year, do you think this belief is true?

Valarie: No! Going through it now, I wouldn’t agree to that.

THE VOICE: Your youngest daughter, Chrissy is the spitting image of her father, how do you cope with seeing his face in hers everyday?

Valarie: She’s Daddy’s girl, she’s just like him…that’s where my strength comes from. To be honest, when I see her…she just looks like him, I mean everything in her is him and I hold onto that. Even at times I feel that I’m being a bit selfish because she’s a teenager but I don’t want her to go anywhere…but talking to her gives me strength.

The Voice: Although every similar situation is unique, there are still others out there struggling through the same kind of loss, what words of comfort and encouragement would you say to them given the chance?

Valarie: To comfort them, I’d say to hold on to the memories…that’s how I do it myself. For encouragement I would say keep thinking positively. For me, I have my two princesses and all of what he taught us, he shared with us, I hold on to that. I hold on to the positive mindset the positive thinking. These are the things that that get me through the day. I would give anything to have a bad day with him over my present situation.