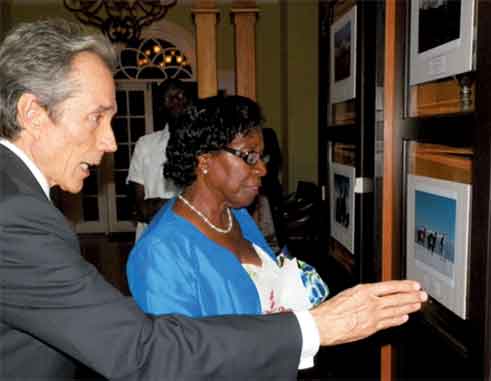 The Embassy of the Argentine Republic in Saint Lucia on Tuesday celebrated the 205th anniversary of the May Revolution (May 25th 1810), the which led to the first autonomous government in Buenos Aires and culminated with the emancipation of Argentina from Spanish colonial rule.

The reception, held at the Saint Lucian Golf and Country Club, was hosted by Ambassador Luis Martínez Thomas and honoured by the presence of the Governor General, high government authorities, diplomatic corps, and other distinguished guests.

The Embassy of Argentina wishes to take this opportunity to thank all the guests for their presence, and especially “CPJ Wines” for the generous donation of “Trapiche” wines from the well known Argentine winery.