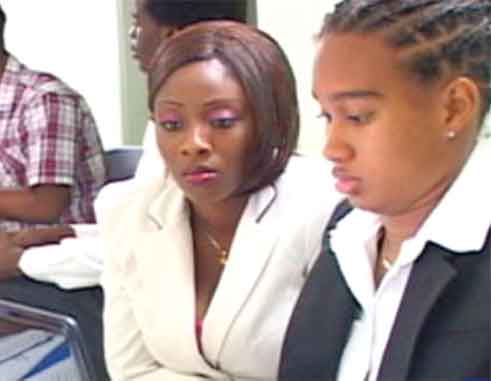 THE world financial crisis has been particularly hard on St. Lucia’s young adults , according to the World Bank report. It said that by the end of 2013, nearly half were unemployed. Here are some of the conclusions:

Since 2008, unemployment has been the highest and has increased the most rapidly (17 points) among those 15 to 24 years old. Youth unemployment reached a high of 47 percent in the last two quarters of 2013. The unemployment rate of both adults (25–64) and the elderly (65+) increased by over 6 points. From the second quarter to the fourth quarter of 2013, the adult unemployment rate declined from 20 percent to 17 percent. Despite an increase in late 2012, unemployment of the elderly has been comparatively moderate at around 15 percent.

Workforce adaptations
The impact of the crisis on St. Lucians varied with gender and education. Between 2008 and 2013, female employment shifted from professional services to the education, health, and social services sector, particularly after 2010. The distribution of male employment moved from the construction sector to the service and trade sector . These trends are consistent with the implementation of government programmes, such as SMILES, which targets single women, and NICE, for which 70 percent of beneficiaries are women

In the post-crisis period, there also was a shift of more-educated workers from professional services to the education, health and social services sector. At the same time, less-educated workers were employed relatively less in the agriculture and construction sectors and more in the services and trade sector.

The sectoral participation of those with mid-level education (that is, more than primary but no more than secondary) remained relatively unchanged. Men faced greater volatility in the total number of hours worked; women and the elderly were more likely to be underemployed. The median number of hours worked by males and females was 40; the average number of hours worked followed a similar temporal trend . Qualitative results from a mixed, qualitative-quantitative study (United Nations Development Programme, 2010) reveal that St. Lucian respondents agreed with the premise that men in St. Lucia are generally less willing than women to take just “any” job. Participants in the study claimed that a “man would rather starve than do menial labour.” In fact, men on average worked longer hours than women, and there was greater volatility in the number of hours men worked. St. Lucians age 65 and over tend to work fewer hours weekly than younger cohorts. However, in early 2013 the average hours worked for those between 15 and 24 years of age was not much higher than the average for those of retirement age.

Between 2008 and 2013 underemployment increased significantly in the agricultural sector . In all other sectors, a substantial jump in the proportion of underemployed workers in the immediate aftermath of the crisis was followed by a gradual drop in the underemployed workforce segment.

Because the agricultural sector traditionally employs older farmers and labourers, this trend aligns with the increased underemployment of the elderly in general.

Households with more wealth fared better than those with less wealth; wealth disparity increased after the crisis. A study by the United Nations Development Programme (2010) found that the diverse impacts of the crisis in St. Lucia included: “Sale of household assets to make ends meet.

Through late 2009, the unemployment rate did not differ substantially by levels of asset-based household wealth. However, after 2010 unemployment for the two poorest quintiles (1st and 2nd) rose to nearly 30 percent by mid-2013 while unemployment in the two richest quintiles remained around 15 percent. In 2008, 40 percent of the unemployed belonged to the first and second wealth quintiles — by 2013 the proportion increased to 51 percent. In contrast, the distribution of the employed improved somewhat in 2013 relative to 2008.

By 2013 the proportion of the employed in the two lowest household wealth quintiles decreased to 35 percent and the proportion in the two highest quintiles increased to 43 percent. The changes in the dis-tribution of welfare by employment status and the increasingly positive relationship between the welfare index and both education and reported income suggest that the sale or non-replacement of assets, reflective of a tightening credit environment, were used as a coping mechanism to endure the negative impact of becoming unemployed.