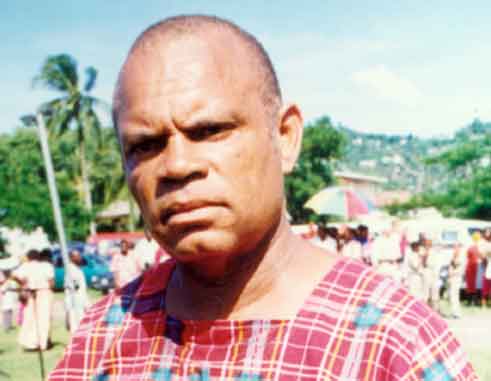 YES, did you know that the late Frank Norville was a HAM. That is the shortened version of the name Amateur Radio Operator.

Among the many accolades attached to his name during his long lifetime, one of them is HAM RADIO. He was also well known in the CB world for his participation in Citizen Band Radio.

Frank had many friends around the world probably even more than he had in Saint Lucia.

That is the quiet side of the art form that many people don’t know about.

Today, when the Saint Lucia Amateur Radio Club celebrates World Amateur Radio Day, together with over 3,000,000 other operators around the world, we will also remember all of our silent keys of Ham Radio including, Primrose Bledman, Martin Elwin, Stanley Scholar, Timothy James, Andrew Leon aka Mr. Lambert, Lionel Ellis Sr. and of late Frank Norville.

Also, as part of the celebration this year we will be giving honour to the contribution of Mr. Clem Bobb who was instrumental in giving Saint Lucia its first ham-radio repeater system.

The Saint Lucia Amateur Radio Club will always be thankful to the Government of Saint Lucia, the Red Cross Society, and the many sponsors to our events and functions.

Remember when all else fails— Amateur Radio is Here