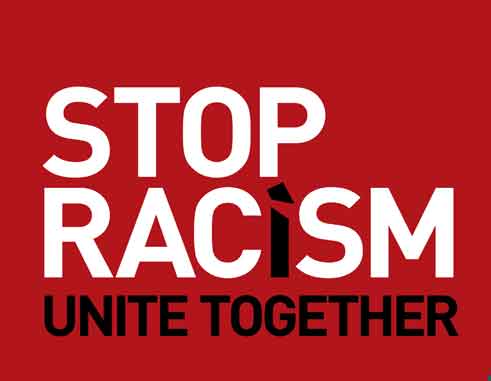 TWO news items caught my eye Monday morning. One was a TV report that South African President Jacob Zuma had paid an urgent visit to a Durban centre where victims of anti-immigrant violence were holed-up. The other was a panel discussion planned for tonight (Tuesday) at the Methodist Church on whether African Religion is “a bane or a blessing, a happy marriage or a costly curse.” (There was also an interesting piece in the Weekend Voice on whether “Separation is the new Divorce”, but I won’t mix the two here…)

In the South Africa case, it was disheartening but not surprising to hear South Africans rising up against other Africans seeking a better life in their country. Two decades after the end of Apartheid, South Africa continues to be a mineral rich magnet for poor Africans from neighbouring countries. It’s attracted thousands – maybe millions – of documented and undocumented immigrants competing for jobs. And, with the dream of economic equality still very much an elusive dream for most Black South Africans, they have started doing what most people do everywhere else: turn on those they conveniently see as threatening their livelihood prospects by competing with them for or taking their jobs, whether for less or more pay.

I know a well-educated and fully qualified Guyanese national – a black man – who uprooted his family and went to South Africa and relocated there after the ANC won the election and Nelson Mandela became President. However, under Presidents Mandela and Thabo Mkeki, he and a large number of other CARICOM and Caribbean nationals who did the same were unable to qualify for permanent stays. Worse, many couldn’t get jobs – and worse yet, their children born in South Africa couldn’t get citizenship, far less passports. The sad reality is that my friend eventually had to uproot his family and relocate to Guyana. Under President Zuma, the reverse migration continued as Caribbean nationals increasingly faced the fact that they were – and still are – regarded as ‘foreigners’ in South Africa. (I can well imagine that Caribbean nationals are among those being hounded by those seeing them as threatening their livelihoods or eating their daily bread.)

When I read later about tonight’s high-level discussion on African Religion, I wished I could attend.

The press release advertising the discussion says it “will centre around” — a phrase my Jamaican colleague Patrick Skykle described a long time ago to fellow writers in the Grenada media during the Revolution as ‘a gravitational impossibility’.

The release says the panelists (including historian Dr Gregor Williams, history teacher Nkrumah Lucien and researcher ArmelleChatelier) will review “recent military, ethnic and political conflicts in the African continent which seem to have some basis in religious persuasion in countries such as Kenya, Nigeria and Somalia, highlighting an Islamic/Christian divide.”

Since it will most likely clash with my Calabash TV programme, I may be able to take in at least some of the early talk about Africa and the role religion is playing in some of the continent’s national and regional conflicts.

But I also wish the panelists (or one of them) will also look at the emerging evidence of anti-immigration sentiments on the continent, which I suspect have been there longer than we’ve known or realized, but which is being fomented by the economic realities in affected African states.

After all, we generally tend not to pay attention to other people’s problems until they come to our doorstep. So, we feel it’s okay for us to condemn Europeans for their anti-African immigration policies, some of which we have no fear of describing as being rooted in racism. We feel free to see the treatment of French citizens of African descent by fellow Frenchmen as being nothing but racist. We don’t seem to care much that European anti-immigrant policies are also seeing Europeans chasing fellow Europeans out of European states. We don’t necessarily see as ‘racism’ the British chasing down the citizens of poorer former East European socialist states who seek jobs in Britain as citizens of states that have joined the European Union. We don’t even see the treatment of the Roma people across Europe as racism. But I’m sure we have a problem with South Africans seeing fellow Africans — or other Black people, for that matter – as immigrants competing with them for jobs.

The unfortunate reality, however, is that – like it or not – economics and politics have ways of clouding people’s perspectives when it comes to their bread and butter. They can become racist (as in Europe) or colour-blind (as in Africa).

And if you think I’m joking or too serious, just check our own reaction in the Caribbean when persons from other CARICOM territories land jobs in any significant numbers in any state. Or when economic citizens and other holders of CARICOM passports settle and open successful businesses in any of our countries. Whether Asian or Indian American or European, we always find a time and place to refer to their skin colour — or wherever we think they come from.

Yes, anti-immigrant sentiments can be as deeply rooted in racism as in politics and economics. It all depends where you stand and how you see things!