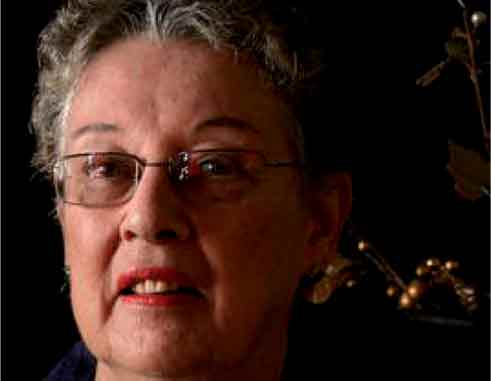 Entitled “LANGUAGE IDENTITY AND THE POLITICS OF CULTURAL EROSION”, the lecture will be delivered at 7:00 p.m. by Professor Hazel Simmons-McDonald, the former Pro-Vice Chancellor and Principal of the University of the West Indies Open Campus, a post which she held from August 1, 2007 until July 31, 2014 when she retired.

Prior to that, Professor Simmons-McDonald served as Head of the Department of Language, Linguistics and Literature, Deputy Dean of Outreach, Deputy Dean – Planning and Dean of the Faculty of Humanities and Education at the Cave Hill Campus. She is UWI Professor Emeritus and her field of specialization is Applied Linguistics.

The public is invited to join us for what is sure to be a riveting delivery and an excellent opportunity for frank discussion of an issue that is particularly pertinent within the context of our Creole culture.

A dedicated daughter and committed servant who worked assiduously to improve opportunities for and the quality of education in the country, Mrs. Patricia Ellen Charles began her long association with The UWI when, after moving from Canada to Saint Lucia with her husband, Ferrel ‘Bam’ Charles in 1959, she joined the staff of the then Extra-Mural Department of The UWI (1963) and began her career in the regional higher education system as the fourth UWI Resident Tutor in Saint Lucia until her retirement in 1977.

Mrs. Charles became deeply involved in development work in her adopted homeland through the UWI and was a driving force in the island, especially with her focus in the field of drama and dance. Her work in the areas of social development and leadership, outreach and public relations, illustrated the importance of the University at work in the cause of national development. During her early years as Resident Tutor, Mrs. Charles served on numerous local committees, including the planning committee for Roddy Walcott’s Saint Lucia Drama Festival in 1965, the St. Lucia Archaeological and Historical Society and The Alliance Francaise.

She spearheaded many projects during her tenure at the Extra-Mural Department, which were eventually taken over by other local bodies and associations. This work by Mrs. Charles at the UWI”S Extra-Mural Department was the embodiment of its role as incubator for furthering the education of adult learners as well as community intellectual, social and cultural development across the region.

As Resident Tutor, Patricia Charles also targeted the tourist industry in the early 1960s and organised many informative and educational seminars for everyday people in Saint Lucia, which focussed on history, folklore, flora, fauna, historic sites and even the constitutional and economic development of the country. These activities were designed to build appropriate infrastructure for increasing the productivity of that sector. In 1966, the Creative and Performing Arts Society was formed in Saint Lucia and was primarily a training operation supported by Mrs. Charles through the Extra-Mural Department in Saint Lucia. The group produced both indigenous and British plays. The society ceased to exist in 1974.

Mrs. Charles and other resident tutors of the UWI’s Extra-Mural Department were also engaged in the foundation of the Caribbean Regional Council for Adult Education (CARCAE) Council in 1978. In 1979, the Council established a certificate course aimed at training teachers and facilitators in the field of adult education. She was instrumental in founding the National Research Development Foundation on the island, an organization which continues to engage in and monitor research being undertaken in the country.

A member of the Open Campus Council from 2007-2009, Mrs. Charles was the Chair of the UWI Open Campus Saint Lucia Advisory Committee. She continued to work on behalf of The Open Campus up to the day she became ill. Her last experience with the Open Campus in her official capacity was her attendance at the October 16, 2009 induction ceremony for the Pro Vice Chancellor and Principal of the Open Campus, Professor Hazel Simmons-Mc Donald.

Mrs Patricia Ellen Charles gave selflessly and with generosity to all the causes with which she became involved. She is sorely missed.