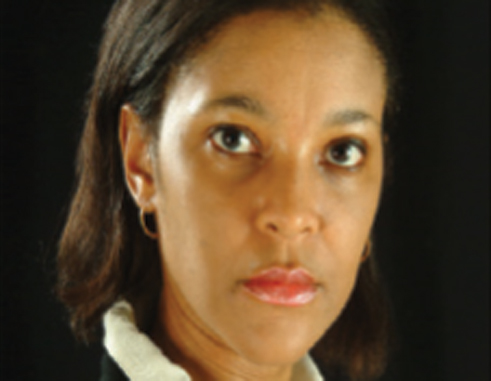 A good advocate speaks clearly and precisely, can be heard and understood by the entire courtroom; commands respect and carries himself or herself with dignity and integrity both within and outside of the courtroom. How the advocate begins his or her submission forms the first and lasting impression on the judge, the lawyer on the other side, the client and the courtroom. And it usually starts with this phrase: “May it please the court”.

In this article, we will review briefly the significance of the main opening line that every lawyer uses when he or she appears before the court. It is traditional, it is comfortable, it is expected, it is used frequently, it is used regularly.

“May it please the court” is the substitute for an advocate who starts his or her address “Good morning” or “Good afternoon” to the court. The latter sounds inadequate, too familiar and too ordinary therefore, these phrases are not used as a greeting in court. The former certainly sounds more official and in keeping with the legal jargon than the common phrases used outside of the court setting. Further, it would also be inappropriate and highly irregular for an attorney to commence his or her submissions to the Magistrates Court, High Court or Court of Appeal by stating that he or she is really tired, hungry or not feeling well. Such sentiments are best expressed before entering the courtroom.

Its tradition
“May it please the court” is the traditional and very important way for lawyers to start their addresses to judges in court. The phrase first appeared in print in the seventeenth century with Shakespeare’s contemporary Ben Jonson, in a comedy called The Poetaster, about an atrocious poet and later in a court scene in the 1606 comedy Valpone (The Fox).

Today…
It has become the most common opening line in American, British and Caribbean courts from throughout the nineteenth century with some modest variations. Most judges like the phrase but may not insist upon it; however, most judges expect lawyers to start their addresses to the court with this phrase or some variation of it.

“May it please the court” is neither a statement nor a question; it is not even a rhetorical question. It is not intended to obtain information or communicate the intention of the speaker to commence their oral submissions. It has become the customary opening line or greeting to the judge and to the court which smoothly allows the advocates to introduce themselves in a familiar yet formal way to the courts. This introduction seems to be historically acceptable to the judiciary, the legal fraternity and the general public.

It is the norm
It is an acceptable introduction and expression of respect for the court. At the beginning of a court matter, the judge will usually state.

“Appearances…”
In response, the lawyers will immediately respond,

“May it please the court, my name is… and I am representing the Claimant/Respondent in this matter.”
Then one of the parties makes an oral submission in relation to the matter. Depending on the matter, the case will proceed, having cleared the initial hurdle of introducing the parties to the court. The judge will usually ask who is present, in terms of the Claimant and Respondent.

Familiar phrases are useful for all parties when addressing the court. They allow the judge, the lawyers and the public to know what to expect in terms of introduction, with the parties being able to move forward more confidently having established their presence with the courts.

Advocacy is a key component to litigation. However, most lawyers are moving away from making oral submissions in court, to written applications. This is in keeping with the Civil and Criminal Procedural Rules which explicitly require more written applications in order to save time and cost. A judge can consider on a written application and make a determination outside of the court, which reduces time spent in the courtroom. In any event, the ability to argue a case in court will always be the mainstay of a good advocate.

Ms. Trudy O. Glasgow is a practising attorney at the law firm Trudy O. Glasgow & Associates, a court-appointed mediator and author in Saint Lucia (and has also taught law at University level in the UK)* Ms. Glasgow is also the current Vice President of the Bar Association of Saint Lucia.
This column is for general use only, for advice specifically for your case, please see your lawyer.
Share your thoughts and comments: you are invited to email me at trudyoglasgow@lawyer.com