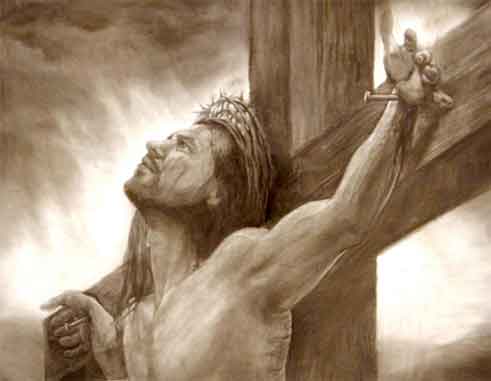 Today, statistics show merely one billion Catholics worldwide and these faithful are currently experiencing a season of penance and repentance known as Lent. For forty days, Catholics engage in a time of spiritual rejuvenation marked by intense prayer, fasting and community evangelism. At the end of this period, the faithful join in remembering the death and resurrection of Jesus Christ during Easter celebrations.

But what are the origins of this festival? We will examine this from both perspectives – Christian and Pagan.

The origins of the name “Easter” has been the subject of much debate amongst Bible historians. Some literature suggests that Easter was named after the great mother goddess of the Saxon people in Europe – Eastre. The name has also been associated with many other goddesses from the Mediterranean. These goddesses are usually celebrated during springtime much like the Easter festival. These include Greek goddess Aphrodite and Ostara, the Norse goddess of fertility.

Jewish Passover is closely linked to the timing of the Christian celebration of Easter. The Jewish people who followed the Babylonian calendar celebrated Passover during the Spring Equinox near March 21 each year.

Coincidentally, Easter is usually celebrated by western Christians on any date between March 22 and April 25 each year. Today it is marked by lavish attire, the re-emergence of meat in the Christian diet after a 40-day hiatus and the slaughtering of animals.

In the pagan world, one of the most renowned Easter stories tells of mystery cults near Vatican Hill in Rome around 200 BC. The Cybele cult stood out for historians. The cult centeredaround Cybele’s lover Attis. According to them Attis was born of the virgin Nana on December 25; he died and is reborn annually. This event began on the day of blood (Black Friday), lasted for three days and culminated with his resurrection.

In the Island Neighbours, Easter continues to be one of the spiritual highpoints of the year. With statistics from the CIA Factbook showing a high percentage of Catholics in all territories (Dominica – nearly 60%, Guadeloupe – nearly 83% and Martinique – nearly 80%), Easter in Martinique and Guadeloupe is a very significant event. The climax of this event is usually during what is hailed as “Holy Week”. During this time, traditional “washing of the feet sessions”, “Way of the Cross” and “midnight mass” take place. In these French Departments, land crabs are caught and prepared as part of the Easter meal. This is a time of family celebration and renewed emphasis on spiritual growth.

Easter in Dominica is void of Easter bunnies and filled with catechism. Midnight mass is attended by families in large numbers. Like Saint Lucia, Good Friday and Easter Monday are observed as public holidays. These days are held in reverence as Catholic Christians reflect on the significance of the passion of Christ and their own penitence.

In Dominica, the slaughtering of animals is welcomed after the forty days of prescribed abstinence from “red meat”. Some of these ideals are also observed in some of the other Island Neighbours …notably Saint Lucia.

Do you follow the catholic faith? What does Easter mean to you? Tell us on Facebook: Island Neighbours.

Happenings
The nature isle is bursting with activity this Easter. Salt and Pepper productions present “Reggae on the Beach” – a free live concert on Easter Sunday from 2:00 p.m. Elsewhere the Dominica Arts and Crafts Association presents a Papier Mache Mask Making Workshop at the Old Cultural Mill in Canefield from March 30 to April 10, 2015. Sessions will be held for both children and adults.

Neighbourly GetAways
Are you a catholic planning to visit Martinique during Easter? Fear not … we have the scoop on places of worship where Easter celebrations are accented with loud alleluias. St. Louis Cathedral in Fort de France is one of Martinique’s premier catholic churches. Easter celebrations there include sessions of “the Way of the Cross”, confession, midnight mass and processions of the “Blessed Sacrament”. Services are typically held in French and visitors are welcomed. Elsewhere, Morne á L’eau is the place to be in Guadeloupe for the Easter vacation. Morne á L’eau, is the crab capital of Guadeloupe and produces the perfect menu for the “matété” or as the Martiniquan will say “matoutou” – the traditional crab dish.

History
Historical note!Just before Easter, Guadeloupeans set crab traps and go crab hunting for crabs in mangroves and other places. Once caught, the crabs are well nourished for the traditional Crab Festival on Easter. Get to know your neighbours!